Nonetheless, the first flight of the ATS will only take place in 2021 following the resumption of final taxi tests. 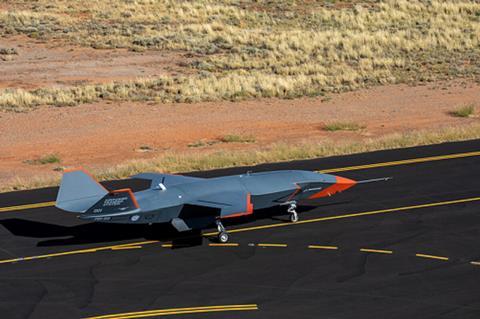 Boeing adds that it and the Royal Australian Air Force (RAAF) will resume final taxi tests and preparations for flight in early 2021. Plans had originally called for the first flight of the ATS before the end of 2020.

“Boeing and the Royal Australian Air Force agreed to pause operations for the remainder of the year due to unique challenges related to the global Covid-19 pandemic,” he says. “We will commence flight testing when the range reopens in 2021. Given the very dynamic nature of the global situation, we’ve had to do some things differently. The safety and health of our employees is our priority, and we’ll act accordingly.”

Boeing and the RAAF undertook the taxi tests at “a remote test location in Australia”. During the high-speed taxi they monitored aircraft performance and instrumentation from a ground control station.

The aircraft has already undergone low- and medium-speed taxi tests.

“Our test programme is progressing well, and we are happy with the ground test data we have collected to date,” says Boeing flight test manager Paul Ryder. “We are working with the Air Warfare Centre to complete final test verifications to prepare for flight testing in the new year.”

Boeing is building three prototypes of the ATS loyal wingman aircraft. Boeing and Australian government officials unveiled a mock-up of the ATS at the Avalon Airshow in 2019, and the system had its first engine run in mid-September.

The company has yet to secure a customer for the aircraft, but the project is clearly aimed at US Air Force interest in developing a fleet of unmanned ‘loyal wingman’ aircraft to complement manned aircraft.

In addition to building the ATS prototypes, Boeing Australia has conducted a series of experiments exploring the use of artificial intelligence (AI) in unmanned aircraft. In early December, it announced that it had successfully made AI-enabled jets operate as a team, in order to explore on-board command and control and data sharing.

Updated with fifth and sixth paragraph, providing more details of reason behind delay of maiden sortie.