Canberra is to conduct a formal probe into efforts by China to recruit former Australian Defence Force (ADF) pilots to provide military training.

Based on information gathered following media reports that former Australian military personnel may have aided China, Canberra will take a detailed look at the matter, says defence minister Richard Marles. 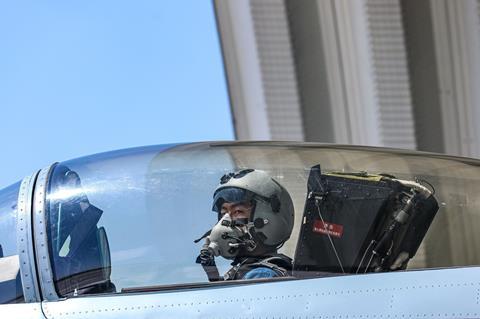 A PLAAF pilot in a J-10 fighter

“The information provided to me so far presents enough evidence to warrant the need for a detailed examination into the adequacy of current Defence policies and procedures addressing this matter,” says Marles.

“I have therefore instructed the department to commence that process. It’s no secret that Defence activities, people and assets are targets for Foreign Intelligence Services.”

The Australian probe follows remarks by the UK Ministry of Defence (MoD) in October that condemn the practice of former UK military pilots accepting paid training jobs in China.

The UK MoD’s statement was in response to UK government revelations about Beijing’s recruiting retired flyers from Western military forces to train its own pilots.

Obtaining a detailed understanding of allied capabilities and tactics would greatly benefit the PLAAF in the event of a conflict with the USA and its allies.

“Australians who work or have worked for the government in any capacity, particularly our ADF, who come into possession of the nation’s secrets, have an obligation to maintain those secrets beyond their employment with, or their engagement with, the Commonwealth,” adds Marles.

“This is an enduring obligation and to reveal any of those secrets is a crime. It’s clear and unambiguous.”