Beijing is actively advancing its fixed-wing anti-submarine warfare (ASW) capabilities, according to recent comments by a Chinese naval officer.

In a story to commemorate the 72nd anniversary of the People’s Liberation Army Navy (PLAN), China Daily quotes PLAN captain Liu Zhihua as saying that considerable resources are being invested in learning how to use “a new type of domestically developed anti-submarine plane.” 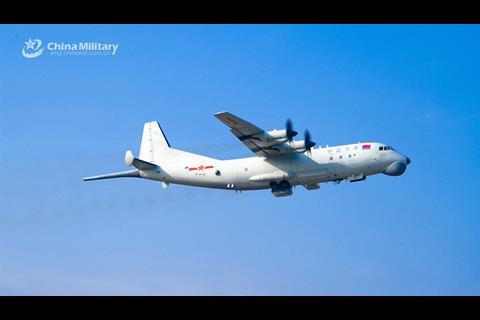 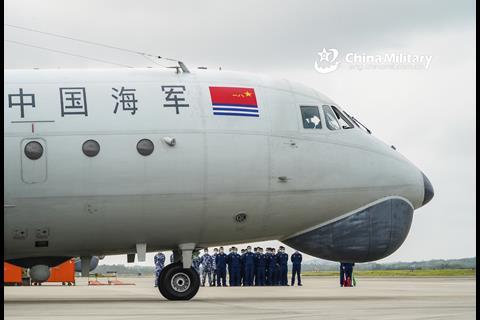 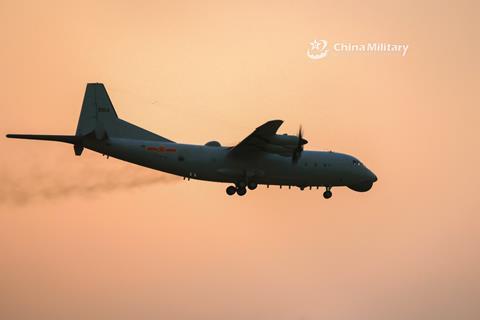 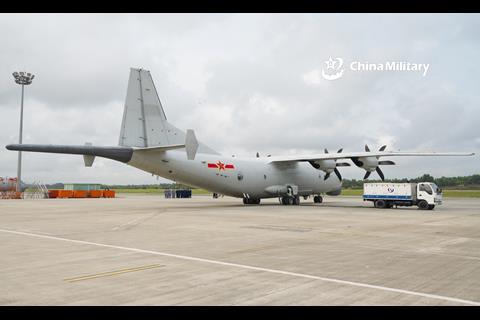 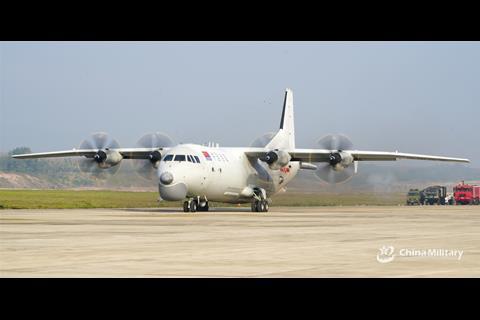 A Y-8Q taxiing prior to a mission 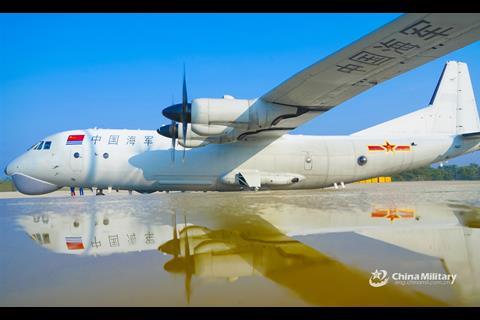 The Y-8Q is powered by four WJ-6 turboprops

Liu is named as the commander of an aviation regiment serving under China’s South Sea Fleet, which operates in the South China Sea.

“Before the commissioning of the new fixed-wing plane, the navy relied on surface vessels, submarines and ship-based helicopters to conduct anti-submarine warfare operations,” Liu is quoted as saying.

“That hardware is restricted to some extent by its speed when responding to threats from hostile submarines. Over the past years, the navy has been paying increased attention to establishing a comprehensive anti-submarine warfare system, so now we are equipped with this advanced aircraft.”

Though he doesn’t state an aircraft type, he is probably referring to the Shaanxi Y-8Q (also designated KQ-200) that has entered PLAN service in recent years. Based on the Y-8 tactical transport, the Y-8Q is understood to be the first Y-8 variant intended for actual combat use. It is powered by four Dongan WJ-6 engines, the Chinese version of the Ivchenko AI-20.

The Y-8Q is equipped with sonobuoys, a magnetic anomaly detector in a tail stinger, an electro/optical infrared turret, and a surface search radar. Weapons include torpedoes and depth charges. The type is also believed to have an advanced datalink.

“Through joint drills with our submarines, we can obtain more knowledge about submarines’ tactics, patterns and characteristics, and this know-how will help us improve our skills,” says Liu.

“Similarly, submarine commanders can improve their manoeuvres in dealing with aircraft through exercises with us.”

Y-8Qs have featured prominently in Beijing’s regular aerial incursions into Taiwan’s air defence identification zone (ADIZ) – Beijing views the island democracy as a breakaway province. According to Taiwan’s defence ministry, Y-8Qs were involved in 13 ADIZ incursions so far in April.

ASW has been regarded as a weak point for Beijing. In its annual report to Congress about Chinese military developments, the US Department of Defence had this to say: “The PLAN is also improving its anti-submarine warfare capabilities through the development of its surface combatants and special mission aircraft, but it continues to lack a robust deep-water [ASW] capability.”