Pakistan appears to have become the first export customer for the Chengdu J-10 fighter, with images of J-10Cs in Pakistan air force markings appearing on Chinese social media.

The images appear to have been shot in the Chinese city of Chengdu, where the single-engined fighter is produced. 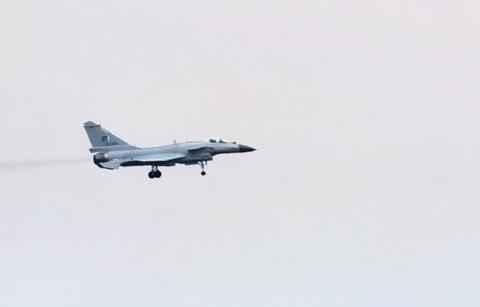 A Pakistani J-10C lands in Chendgu

The development is a significant milestone for China’s aerospace sector, as it marks the first export order for the J-10, which is considered analogous to the Lockheed Martin F-16.

A Pakistani J-10 buy has been rumoured for over a decade. It is not clear how many examples Islamabad will obtain, but reports have placed the number in the 25 to 36 range. So far, two distinct serial numbers have been spotted, with the aircraft apparently conducting flight tests.

Judging from the aircraft’s thrust petals, the Pakistani J-10s use are powered by the Shenyang WS-10B engine, as opposed to the Saturn AL-31F. It was only in May 2021 that the first clear images emerged of a People’s Liberation Army Air Force J-10C powered by the WS-10B.

Mounted inside the J-10, the WS-10 can be identified by a few subtle features. One is that the afterburner nozzle petals are notably wider than on the AL-31. The WS-10 also has a ring structure around the interior of the nozzle that is absent on the AL-31. 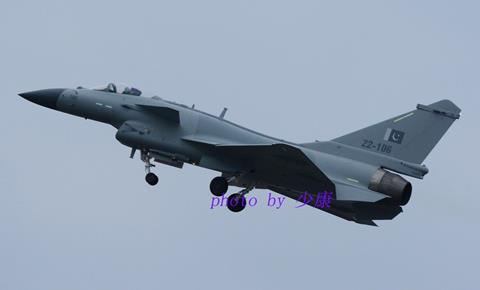 A J-10C in Pakistani markings

Compared with previous versions of the J-10 – the J-10A and J-10B – the J-10C is equipped with an active electronically scanned array radar and an updated cockpit. It carries a broader array of weapons, including the long-range PL-15 air-to-air missile, which is believed to have a range greater than 107nm (200km).

According to AVIC, the export version of the J-10C is designated J-10CE. It claims that the aircraft has several advanced capabilities, including the ability to carry advanced beyond-visual-range missiles, and that it can also operate in a challenging electromagnetic environment. Moreover, it can perform a range of ground attack missions.