Finalised on 24 February, the development and manufacturing contract will lead to the delivery of 20 Eurodrone systems, along with an initial five-year package of in-service support. Each system will include three unmanned air vehicles. 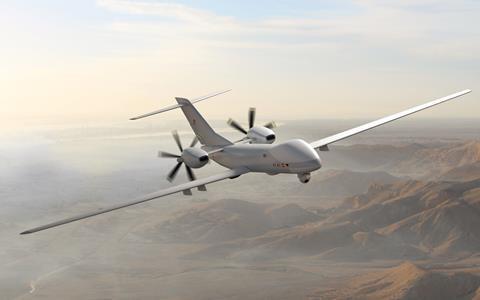 Other partner companies included in the deal are Airbus Spain, Dassault Aviation and Leonardo.

Describing the effort as “one of the most ambitious European defence programmes”, Schoellhorn says: “It will deliver the most advanced unmanned aerial system in its segment, generate more than 7,000 high-tech jobs within the industry and will strengthen European industrial sovereignty, know-how and collaboration between nations”.

Airbus will produce a lone prototype of the medium-altitude, long-endurance design, in support of flight testing to be performed from its Manching site near Munich. An engine selection for the type has yet to be announced. 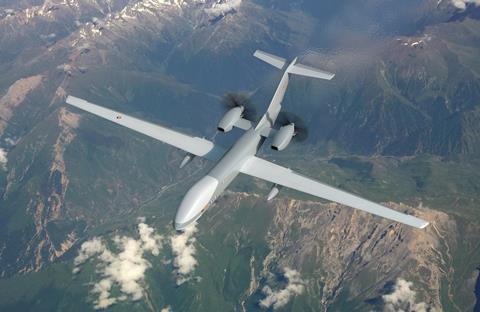 Medium-altitude, long-endurance type will be certificated to fly in civil airspace

Optimised for intelligence, surveillance, target acquisition and reconnaissance duties, the twin-turboprop platform will be certificated for operations in non-segregated civil airspace.

Airbus has previously outlined a programme schedule under which a preliminary design review will take place 18 months after programme launch, and a first flight five years after contract signature.