Leonardo has delivered the first two M-345 jet trainers to the Italian air force as the service begins the gradual replacement of its fleet of elderly Aermacchi MB-339s.

To date, Rome has ordered 18 of the Williams International FJ44-4M-34-powered type, from an eventual requirement for 45 examples. 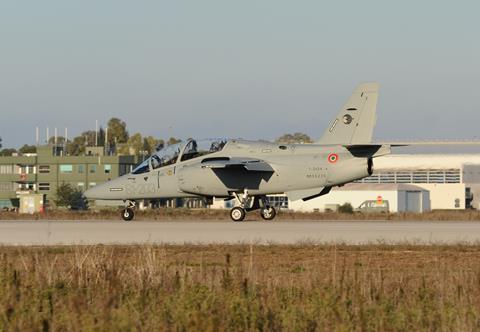 Rome will eventually acquire 45 examples of the jet trainer

In all, the air force is replacing 137 MB-339s with the new jet, which it designates the T-345A, including those to be operated by the Frecce Tricolori aerobatic display team.

Military certification of the M-345 was achieved in May 2020.