France has performed a first test firing of an updated MBDA ASMPA nuclear missile from a Dassault Rafale fighter.

Conducted on 9 December 2020, the test activity involved the airframer and weapons provider, plus the flight-test organisation of France’s DGA defence procurement agency. Tracking of the unarmed medium-range missile was performed from facilities in Biscarrosse, Hourtin and Quimper, the DGA notes. 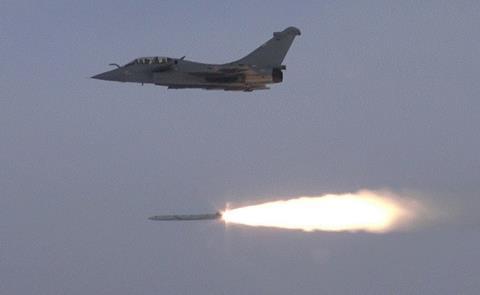 Supersonic weapon was released from a Rafale fighter

The French air force and navy have been equipped with supersonic ASMPA strategic weapons since 2009 and 2010, respectively, currently on F3-standard Rafales.

Paris in December 2016 launched a mid-life modernisation activity for the weapon, intended to address obsolescence issues and “improve missile performance”.

An MBDA fact sheet describes updates as including “significantly enhanced” range and penetration capabilities, along with the integration of a “new, medium energy thermonuclear charge”. 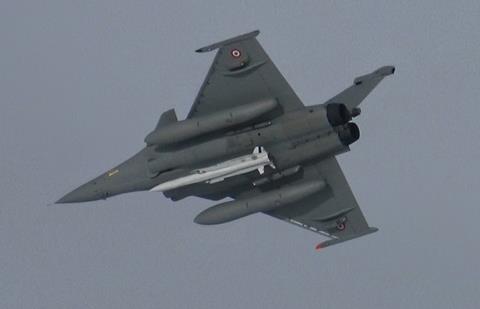 The DGA says the recent test firing marks the completion of detailed design activities, with the updated weapon’s formal qualification expected early this year. This will be followed by series production work and a future qualification firing before the ramjet-powered weapon is approved to enter operational service.