German air force ends A310 operations with transfer to Canada

Germany’s air force has ended three decades of operations with the Airbus A310, with its final example having performed a last flight on 21 June. The sortie involved the aircraft being transferred to Canada, which has acquired it as a spare parts source. 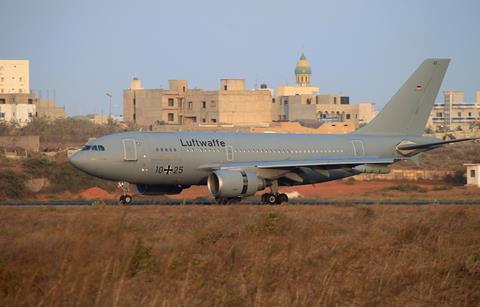 Introduced from the early 1990s, the Luftwaffe’s initial trio of A310s were acquired by the Bundeswehr from former East German airline Interflug, following the nation’s unification.

One of these airframes (registration 10+23) was retained in a 214-seat, passenger-only configuration and fitted with extended-range fuel tanks, while the others were adapted by Lufthansa Technik for VIP transport duties. 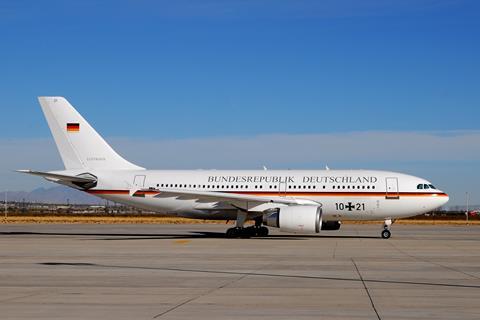 Four ex-Lufthansa examples were also acquired and adapted for multi-role transport duties by 2002, with this work including the installation of a forward cargo door.

The type also served as an in-flight refuelling tanker, and was used to conduct medical evacuation tasks, including during the early stages of the Covid-19 pandemic in 2020. 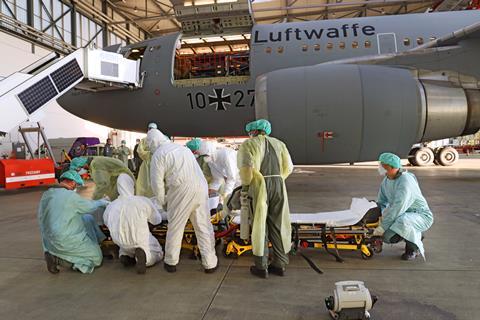 “The A310 carried out its last major missions with a total of 10 flights to evacuate Ukrainian citizens to Germany for medical care,” the Bundeswehr says.

Cirium fleets data indicates that the final A310 to leave German air force use was registered as 10+25, and was a 33 year-old, GE Aviation CF6-powered airframe.

The Royal Canadian Air Force operates five A310s: three as transports and the others in the tanker role. The Spanish air force also has two examples in its inventory, employed as VIP transports.