Recently conducted at the Vidsel test range in northern Sweden, the activity involved firing the ramjet-powered weapon at an altitude of approximately 16,500ft, says the airframer, which reports “a successful end-to-end result on the target”. 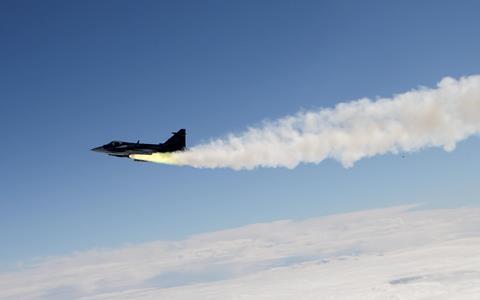 Air-to-air weapon was fired at an altitude of approximately 16,500ft

With a maximum range of more than 108nm (200km), the Meteor already provides BVRAAM capability to the Swedish air force’s current Gripen C fighters. The service is aiming for its new-generation E-model to enter active use on 1 January 2025, with 60 examples on order.

“The focus of the flight test programme for Gripen E is on continued development and testing of primarily the tactical systems, as well as integration of a variety of weapons,” Saab says.

Mikael Olsson, its head of flight test & verification, says the Meteor test “shows that the weapon capability of Gripen is at the absolute forefront”. 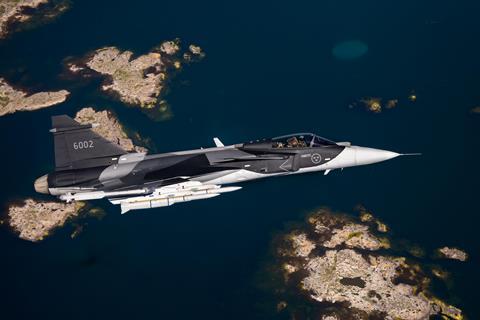