The GE deal follows a contract earlier this year with the Indian air force for 83 LCAs, says HAL. 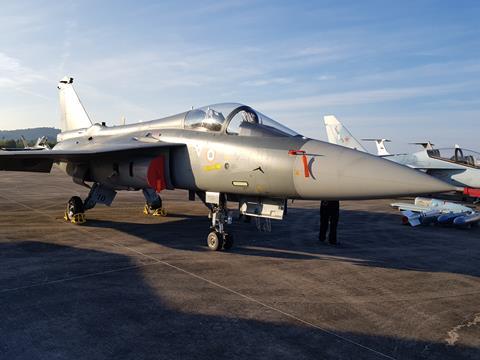 The Tejas is powered by the highest-thrust variant of the F404, the -IN20

HAL Chairman R Madhavan says this is the largest deal HAL has ever signed related to the LCA, and it wants to work with GE both to support the export potential of the single-engined type, and also to support the supply chain for the F404.

“The F404 family of engines has proven itself in operations all over the world and we have committed to deliver all 99 engines and support services by 2029,” says GE Aviation vice-president Chris Cyr.

HAL adds that it looks forward to producing the more powerful F414 engine in India. The F414 will power the developmental Tejas Mk-2, which features a number of improvements over the original fighter.