The facility is located at HAL’s Ground Test Centre in Bengaluru, the city where it produces the Tejas, says the company. 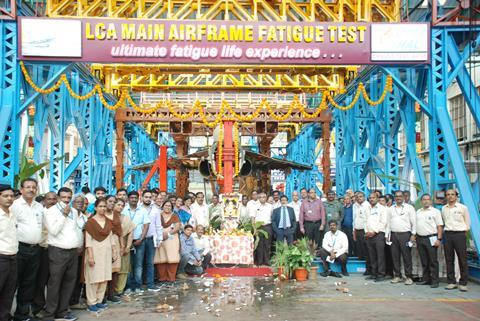 Tejas fatigue testing will run to eight or nine years

“Despite the setbacks due to the Covid-19 pandemic, HAL has been able to commence the MAFT [Main Airframe Fatigue Test] testing within the timelines planned,” says HAL director Arup Chatterjee.

HAL adds that static tests of the Tejas airframe are key ensuring a full life for the Tejas LCA fleet. Military airworthiness requirements require that the airframe be shown capable of withstanding four-times the expected service life.

The tests will be carried over eight to nine years.