The Israeli Ministry of Defense (MoD) has demonstrated the use of an airborne laser to shoot down unmanned air vehicles (UAVs).

The project saw an Elbit Systems laser mounted aboard a Cessna 208B Grand Caravan. In a video provided by the MoD, the laser tracks and fires upon a small UAV. After several seconds subject to the laser’s beam, the UAV spirals out of control. 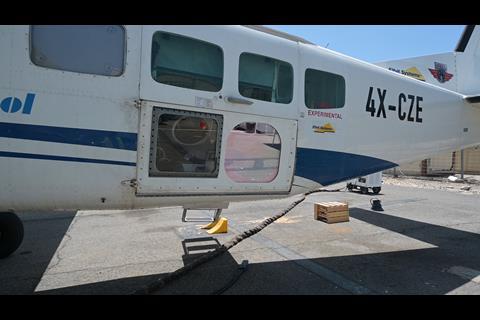 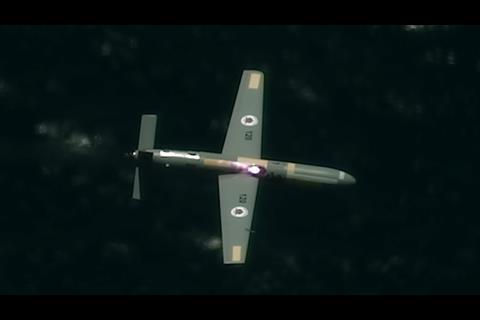 The work involved the interception of several UAVs 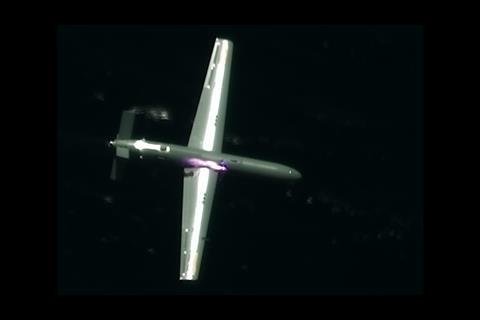 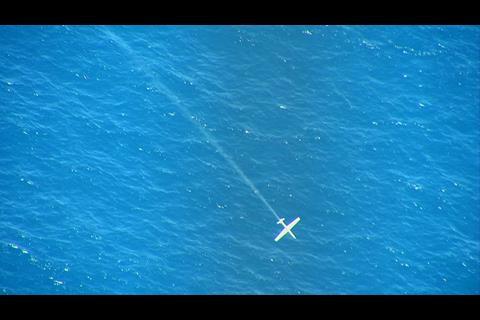 A UAV crashes after being struck by the airborne laser

The work involved the MoD, the Israeli air force (IAF), and Elbit.

“I would like to congratulate the Directorate for Defense R&D, Elbit Systems and the IAF on the technological breakthrough they have achieved,” says Israeli defence minister Benny Gantz.

“Today you have brought us closer to yet another important milestone in the development of the multi-tier defense array of the State of Israel and it is significant both in terms of cost-effectiveness and defence capabilities. The laser system will add a new layer of protection at greater ranges and in facing a variety of threats – securing the State of Israel while saving the costs of interception.”

The tests, conducted “in the centre of Israel” involved a number of scenarios, successfully destroying an unspecified number of UAVs. The laser engaged targets over 0.54nm (1km) distant.

According to the MoD, intercepting UAVs with lasers offers several advantages, such as low-cost per interception, the ability to intercept UAVs at high altitudes and long ranges, and to “defend vast areas.” It is seen as complementing existing defensive systems such as Iron Dome, which defends against rocket attacks, and surface-to-air missiles.

“We are proud to spearhead the development of this strategic capability together with the Ministry of Defense and the [Israeli air force],” says Oren Sabag, general manager of Elbit Systems ISTAR.

“The trials were successful thanks to a range of unique technological assets. We believe that the use of a high-power laser to carry out low-cost airborne interception of rockets and hostile unmanned aircraft, closer to their launching areas and away from population centers, offers a significant change in Israel’s defense capabilities.”

Israel is not alone in developing lasers for use aboard aircraft. The US Air Force Research Laboratory is working on its Self-Protect High Energy Laser Demonstrator (SHiELD) weapon. The aim is to develop a laser weapon in a pod that can shoot down surface-to-air and air-to-air missiles.

In the 2000s, Boeing and the US Missile Defense Agency conducted work with the Airborne Laser testbed, a modified 747-400 designated YAL-1. Designed to explore the use of lasers to shoot down ballistic missiles, the programme was shut down in 2012.