Gulfstream has delivered the Israeli air force’s new G550-based “Oron” surveillance platform, which is due to enter operational use in 2023 following the installation of its mission equipment.

The modified long-range business jet arrived in Israel on 4 April, following a ferry flight from Gulfstream’s production site in Georgia. 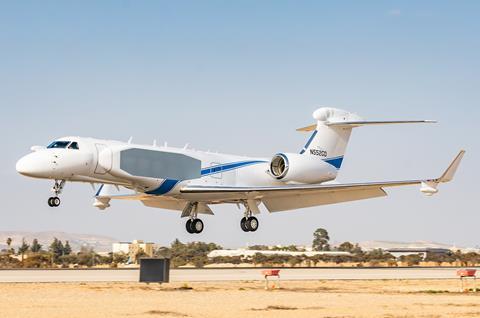 “Gulfstream’s engineers designed the adjustments to the aircraft’s exterior and flightdeck, and its production team built the surveillance platform in the dedicated special-missions modification facilities in Savannah,” the airframer says.

“The aircraft adds another layer to the IAF’s current operational and strategic capabilities, which allow for continued air superiority in the Middle East and an ability to defend Israel’s skies and ensure its security,” Norkin says. 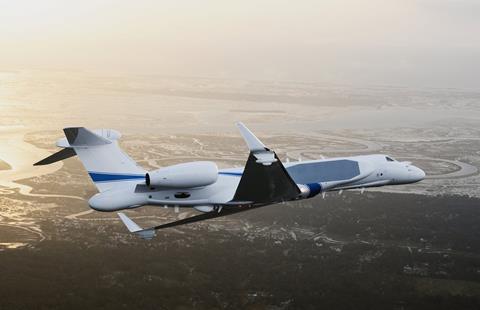 According to the service, the Oron will combine the roles performed with its existing models, enabling the squadron to conduct “aerial imaging, control and radar [tasks], and maritime intelligence-gathering for the navy”.

The new asset was ordered in June 2017, according to Cirium.

“Over the next two years, the plane will undergo a mission systems installation process, and then arrive at the squadron as an operational aircraft,” the air force says.

Italy and Singapore are also operators of the AEW-adapted G550, with two and four examples in use, respectively.