Lockheed Martin remains confident of supplying the UK with many more F-35B combat aircraft than the 48 examples ordered to date, after a lack of detail in the Ministry of Defence’s (MoD’s) latest spending plan raised doubts about the nation’s total requirement for the stealth fighter.

As the USA’s sole Level 1 industrial partner on the F-35 programme, the UK has a long-stated commitment to eventually acquire 138 of the type. As part of this status, participation by UK companies including BAE Systems and Rolls-Royce accounts for around 15% by value of every F-35 produced. 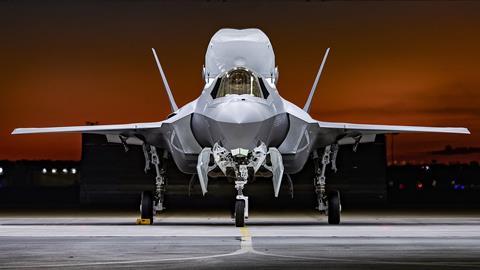 In its 22 March publication Defence in a competitive age, the MoD states: “The Royal Air Force [RAF] will continue to grow its Combat Air capacity over the next few years as we fully establish all seven operational [Eurofighter] Typhoon squadrons and grow the [F-35] Lightning II force, increasing the fleet size beyond the 48 aircraft that we have already ordered.”

Unlike its Strategic Defence and Security Review document of 2015, the new report makes no reference to the 138-aircraft requirement.

In its defence plan for the period to 2025, the MoD also commits to “integrate more UK weapons onto Lightning II and invest to ensure that its software and capability are updated alongside the rest of the global F 35 fleet”.

The UK in January awarded MBDA a £550 million ($754 million) demonstration and manufacturing-phase contract to equip its F-35Bs with the Spear 3 air-to-surface missile.

“We welcome secretary of state Ben Wallace’s commitment to growing the F-35 fleet beyond the 48 jets currently contracted,” Lockheed says. This “will ensure the UK can deliver a credible Carrier Strike capability”, it adds, referring to the operational combination of the short take-off and vertical landing type and the Royal Navy’s two Queen Elizabeth-class aircraft carriers. 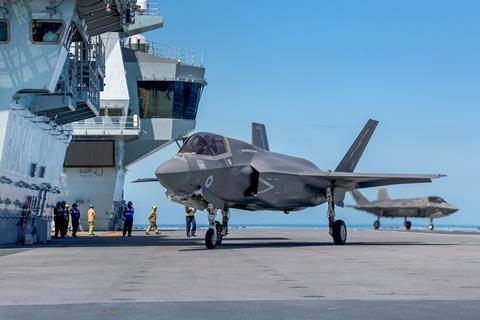 “With aircraft currently contracted [for delivery] through to 2025 there simply was no need for an additional commitment to buy at this stage,” the company notes. “Contrary to recent speculation, the [UK’s] F-35 programme of record has not been cut and remains at 138 through the life of the programme.”

Lockheed has so far delivered 21 F-35Bs to the UK, which has declared initial operational capability with the type in use by the RAF’s 617 Sqn, based at Marham in Norfolk.

Further clarity around the UK’s expected total offtake of the fifth-generation fighter is likely to be contained within its next defence review publication in 2025. Factors likely to influence its thinking will include the success or otherwise of the nation’s Future Combat Air System and Tempest fighter development activity, which has been allocated £2 billion in funding over the next four years.

Lockheed late last year touted participation in the F-35 programme as contributing to the UK’s so-called prosperity agenda, with KPMG estimating a net economic benefit to the country of £40.6 billion over the life of the programme.