Set to be retired from Royal Air Force (RAF) use in 2023, the service’s Lockheed Martin C-130J-30 tactical transports will represent an attractive proposition for secondhand buyers, according to support provider Marshall Aerospace and Defence Group (MADG).

The UK Ministry of Defence (MoD) on 22 March announced its intention to withdraw the RAF’s remaining 14 C-130Js from use more than a decade earlier than previously planned. 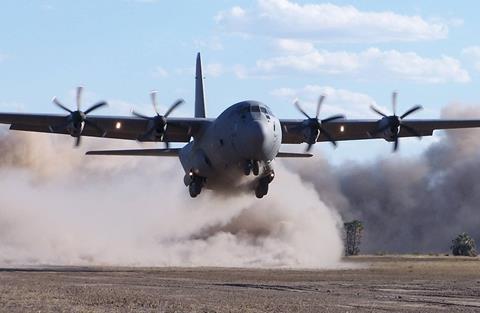 “We had been anticipating that the MoD would bring forward the out-of-service date for the C-130 fleet, however, we had not expected such a short timeframe,” says MADG chief executive Gary Moynehan.

Describing the decision as “disappointing news for Marshall”, he says: “In line with the prime minister’s commitment in the [16 March] Integrated Review to prioritising UK industrial capability, we expect to support the RAF in the successful resale of the C-130 fleet in order to maximise return for the UK economy, and in turn reduce the risk of significant job losses.”

Moynehan says the company “will work in partnership with the MoD to manage the withdrawal as effectively as possible given the timescales”.

Introduced from 1999, the tactical transports have been worked hard through their operational lives, including while supporting UK military activities in Afghanistan and Iraq. The UK originally acquired 25 aircraft, but has previously withdrawn its short-fuselage examples from service, selling two each to the air forces of Bahrain and Bangladesh, and a single example to the US Navy. MADG prepared all these airframes at its Cambridge airport site prior to delivery to their new owners. 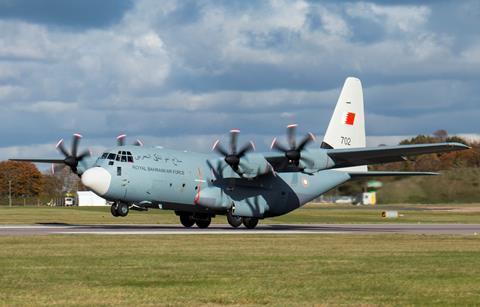 “We remain confident that our C-130 MRO business can continue to grow,” Moynehan company says. “We have 17 long-term international customers and are continuing to win more contracts with overseas operators who recognise the unique capability of the platform.”

Its recent successes have included in 2020 securing a 10-year deal with the US Marine Corps to perform scheduled and unscheduled maintenance work on its fleet of 66 KC-130J tankers.

It is unclear at this stage whether the UK’s retirement decision will affect a July 2017 contract placed with MADG for a centre wingbox replacement programme (CWRP) activity on each of the aircraft. Valued at £110 million ($152 million), this saw the first modified airlifter returned to operational use last August.

“It is too early to predict how this decision will impact the CWRP, however we would hope that the MoD will recognise the benefit of continuing with the programme in order to continue to support RAF operations until the fleet is retired and maximise the resale values of the aircraft,” the company says.

Moynehan says Marshall will “do everything we can to protect as many jobs as possible” at its Cambridge site and RAF Brize Norton, but concedes: “unfortunately we also have to be realistic at a time when the aviation industry is already under enormous pressure”.

Marshall’s relationship with the RAF on the Hercules dates back to the service’s introduction of the type in 1966. The service retired its last K-model examples in late 2013, replacing these with the Airbus Defence & Space A400M. Cirium fleets data shows that the UK has so far received 20 of its eventually 22-strong fleet of the larger type.

As part of its defence planning for the period to 2025, detailed in a publication titled Defence in a competitive age, the MoD says retirement of the C-130Js will enable the A400M Atlas force to “increase its capacity and capability”.