While Europe is lagging behind China, Russia and the USA in the development and fielding of hypersonic missiles, MBDA chief executive Eric Beranger hints that the company is working on all the supporting technologies required to develop such a system.

Speaking on 31 March, Beranger was coy about the status of any activity for Europe to pursue air-launched weapons capable of exceeding Mach 5.

Beranger refers to China’s introduction of the surface-launched DF-17 and DF-21D weapons – the latter of which is nicknamed the “carrier killer” – and Russia’s fielding of the ballistic missile-launched Avangard hypersonic glide vehicle and Kinzhal air-launched missile, noting: “This is not only theory”.

“We have a duty towards our home nations and allies to always be at the forefront, to always be ahead of those technological evolutions in order to bring the best decisive capabilities for our customers,” he says.

“This is a very sensitive area, but when we are considering a capability to defend against ballistic missiles or hypersonic threats, our knowledge of those technologies is helping a lot,” Beranger says.

“This means that we are working on all the key technologies – lasers, countermeasures, speed, materials, swarming, collaboration, artificial intelligence, interconnectivity,” he adds.

MBDA produces missile defence equipment including the land- and ship-launched Aster 30 as part of its broad guided weapons portfolio. 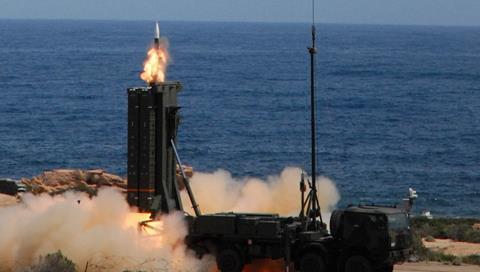