The Philippine air force has taken delivery of six Embraer A-29 Super Tucano close air support aircraft, and could be eyeing an additional six examples.

All six aircraft were handed over on 14 October at Clark air base, says Embraer. The first four of these had arrived in the Philippines in September. 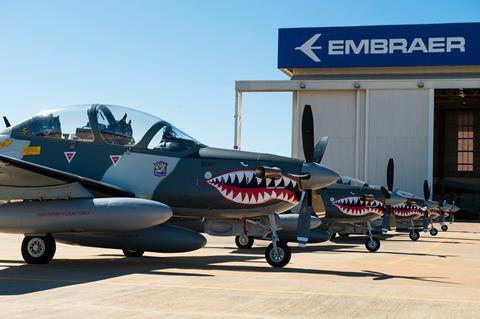 Manila’s Super Tucanos will serve in a number of rules, including close air support and training

“The Philippine air force takes pride in welcoming the six A-29B Super Tucano from Embraer Defense and Security into the blue fold of our skies as part of our fleet,” says air force chief Lieutenant General Allen Paredes.

“The addition of these close air support aircraft is a great leap in our air power capability as we soar together in our flight to a more capable and credible air force for the nation and its people.”

According to Embraer, the turboprops will be used for a range of missions including close air support, light attack, surveillance, air-to-air interception, and training. The aircraft will serve with the 15th Strike Wing. 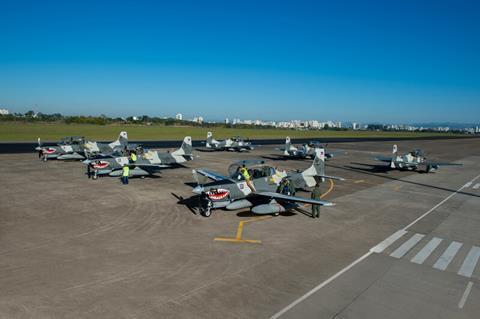 Manila’s six Super Tucanos have all been delivered

According to the local Philippine Daily Inquirer, defence secretary Delfin Lorenzana, who gave a speech at the handover ceremony for the type, mooted the possibility of an additional six examples.

“Having six Super Tucanos is good, but maybe another six will be better,” it quotes him as saying.

Manila ordered the six aircraft in November 2017. They had been due to arrive in June, but the coronavirus pandemic delayed this.