An investment fund with links to the Qatari defence ministry has been revealed as the mystery backer that recently injected £10.5 million ($14.5 million) into UK start-up Aeralis.

Revealed at the recent DSEI trade show, the identity of the investor was not disclosed beyond the fact that it was a “Middle Eastern sovereign wealth fund”. 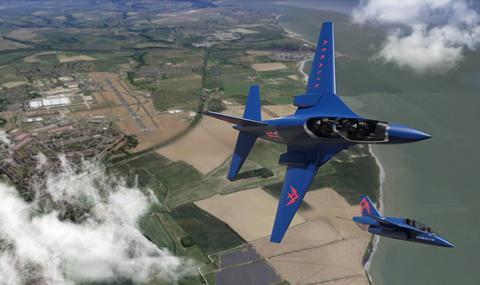 Barzan Holdings is a wholly-owned subsidiary of the Qatari defence ministry and was created to foster the country’s domestic defence industry, invest in new technologies globally and act as Doha’s defence procurement arm. It is run by John Taylor, a former executive at Rheinmetall and Ultra Electronics.

Aeralis is developing a modular jet trainer aircraft. It said the “initial” investment from the Middle Eastern backer would “support the design, development and first flight of the advanced jet trainer”.

Al Shamal 5 is now the second largest shareholder in Aeralis, behind founder and chief executive Tristan Crawford, who holds a 51% stake.