RAAF bids farewell to “Classic” Hornets after decades of service

The type has served with the RAAF for nearly three decades, and is being replaced by the Lockheed Martin F-35A, says Australia’s Department of Defence. 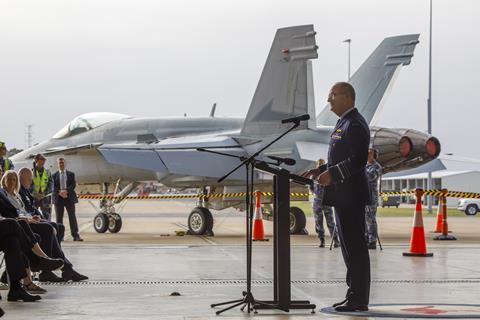 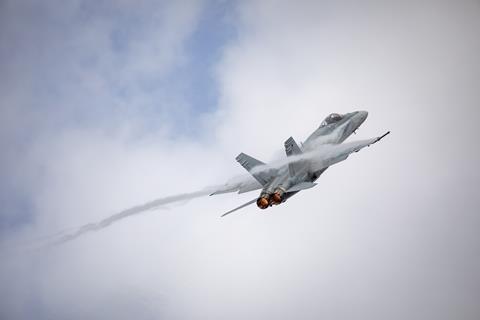 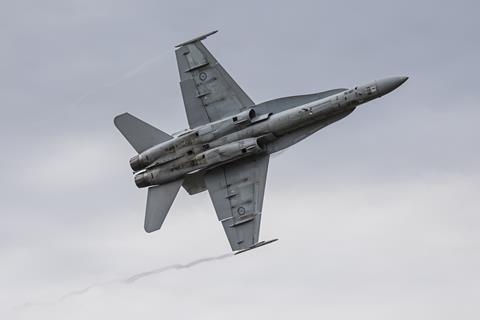 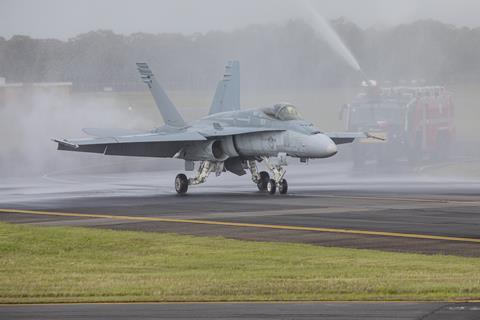 Group Captain Jason Easthope returns from his display at the Classic Hornet end of an era celebration at RAAF Williamtown, New South Wales.

The aircraft of No. 75 Sqn, based at RAAF Tindal, were retired during a ceremony at RAAF Williamtown.

The event was attended by dignitaries such as minister for defence Peter Dutton and chief of the RAAF, Air Marshal Mel Hupfeld, himself a F/A-18A/B pilot.

“It is quite fitting that in Air Force’s Centenary year we say goodbye to the Classic Hornet, a fighter jet that has been an integral part of Australia’s defence capability for more than three decades,” says Hupfeld.

“As the time of the Classic Hornet draws to a close after nearly 408,000 total flying hours, it’s time to for the transition to the advanced lethality, survivability, and supportability delivered by the F-35A Lightning II.”

He notes that the type’s first operational deployment took place from November 2001 to May 2002, when RAAF Hornets deployed to Diego Garcia following the September 11 terrorist attacks in the USA.

Hupfeld, who commanded the 14-fighter deployment, says this was the first operational combat deployment of Australian fighters since the Korean War.

More recently, the Hornet has been active in the Middle East as part of Canberra’s contribution to a global coalition against the Islamic State terrorist group in Iraq and Syria.

In this effort, designated ‘Operation Okra’, RAAF Hornet squadrons flew 1,937 missions for a total of 14,780h in the air, delivering a total of 1,600 munitions.

In March 2020, Canberra confirmed that it would sell 46 “Classic” Hornets to Air USA, a firm that provides tactical airpower training services to the US military and international customers.

This followed a 2019 deal to sell 25 Hornets to Canada for A$95 million, to help fulfil a capability gap while Ottawa conducts a competition for a new fighter to replace its own force of ageing Hornets. Under this deal, 18 aircraft will be used as combat assets, and seven for spare parts and testing.

Two RAAF Hornets have also been earmarked for the Australian War Memorial, with one example already transferred.