UK Royal Air Force (RAF) investments in swarming drones, networked training, and command and control (C2) technologies are about to pay off, with the service poised to make operational advances. 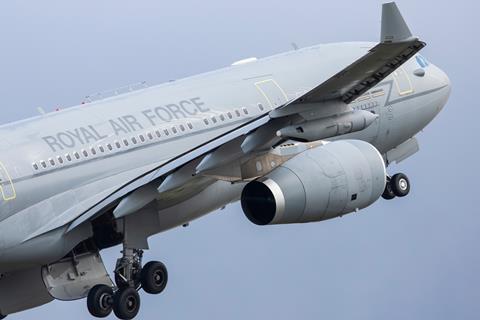 Wigston says the RAF’s 216 Squadron drone test unit “has proved beyond doubt the disruptive and innovative utility of swarming drones under our Alvina programme”.

“Working with our Defence Science [and Technology] Laboratory and specialist industry partners, we have exercised swarms of over 20 ultra-low-cost drones operating together against threat systems to brilliant effect,” he says. “We have been focused on confusing and overwhelming adversary air defences, but we are already contemplating new disruptive missions,” he adds.

“That success, in little over a year, points to the operational utility of swarming drones,” he says. “I aim to declare it operational in an equally short period of time, with more than one squadron. And we will spirally develop it year by year, moving swiftly where the technology allows and the threat invites.”

Looking at the service’s training activities, Wigston says: “I can see a future where almost all training, force generation, and mission planning and rehearsal is done in a synthetic environment, preserving our real world activity for live operations or strategic signalling.”

The RAF’s current balance of synthetic versus live training is already at or beyond 50:50, and deputy commander Air Marshal Andrew Turner told a Farnborough Connect online audience on 13 July that it is aiming to achieve an 80:20 mix.

Wigston says a new distributed simulation system named Gladiator is on track to achieve initial operating capability by the end of this year. 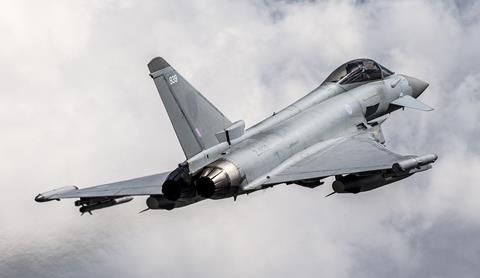 By connecting the Gladiator system to the RAF’s Nexus “combat cloud”, Wigston says: “We will experiment how artificial intelligence can hone our warfighting edge, both in live and training environments.”

Demonstrated aboard an Airbus A330 Voyager tanker/transport earlier this year, Nexus offers enhanced situational awareness by fusing data in real time “from every sensor, on any platform in the operating space, flagged to any user with a need for that information”, Wigston says.

“This was a functioning C2 network configured at 25,000ft in just 15 minutes,” he says, describing the technology as being “flexible, secure, proven and developed at a fraction of the cost of comparators”.

After development and trials activity led by the RAF’s Rapid Capabilities Office, he says: “We are now at the point where Nexus can begin to be introduced operationally.”