The Japan Air Self-Defense Force (JASDF) will face a number of challenges supporting the US military should a conflict occur in the East China Sea, according to a report published by think tank Rand.

The report explores the broad spectrum of Tokyo’s military capabilities should a Sino-US conflict occur. It notes that the JASDF has a number of strengths, but suffers from several gaps. 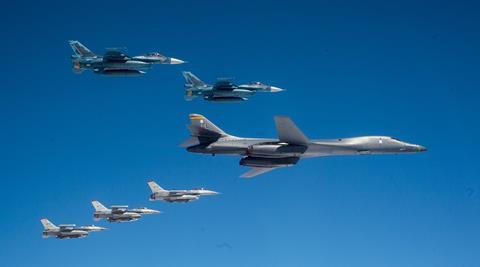 Authored by analyst Jeffrey Hornung, the report notes that on the whole Tokyo operates an “advanced and capable” fighter fleet comprising Boeing F-15s, Lockheed Martin F-35As, and Mitsubishi F-2s. Still, it raises questions about each platform.

First, the modernisation of the service’s 201-strong F-15 fleet has failed to keep pace with China’s modernisation programme. While 100 F-15s will be upgraded with the Raytheon APG-63 radar, the other half of the fleet will see no upgrades as JASDF leaders opt to wait for more F-35s to enter service.

The problem is that it will take over 10 years for the 105 F-35As and 42 F-35Bs the JASDF plans to deploy to become fully operational.

“Given ongoing problems with the F-35, such as cabin pressure spikes, loss of aircraft control with certain manoeuvers, and problems with the aircraft’s logistic system, questions remain over the timeline and what the status of the F-35 fleet will be a decade from now,” says Rand.

As for the Mitsubishi F-X Future Fighter programme to replace the F-2 in the 2030s, Rand warns that development timelines are far from certain. 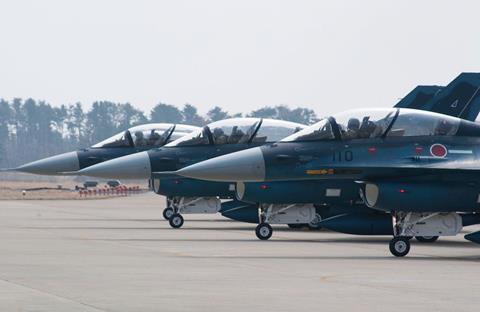 The JASDF boasts an impressive airborne early warning and control fleet comprised of Boeing E-767s and Northrop Grumman E-2 Hawkeyes, but suffers a shortfall of intelligence, surveillance and reconnaissance assets. And while four NAMC YS-11EB aircraft are useful for collecting electronic intelligence, this ageing fleet suffers from sustainment issues.

Another weakness Rand identifies is a lack of tankers, a problem compounded by a shortage of suitable airfields west of Naha air base on the island of Okinawa. Tokyo operates four KC-767 tankers and has orders for six Boeing KC-46As, but the vast geographies around Japan mean this number is likely insufficient, particularly if they need to support US combat aircraft with air-to-air refuelling.

As for tactical transport, the Kawasaki C-2 requires relatively long runways, and yet cannot carry heavier equipment such as tanks or other large vehicles. This is particularly a challenge for operations to airfields with shorter runways.