A retired US Air Force (USAF) Boeing B-52H bomber will assume a new role as a ground-based integration model to test new technologies with the venerable type. 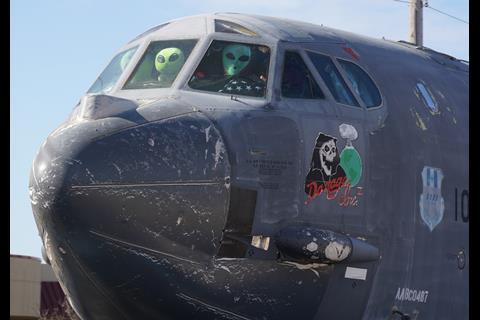 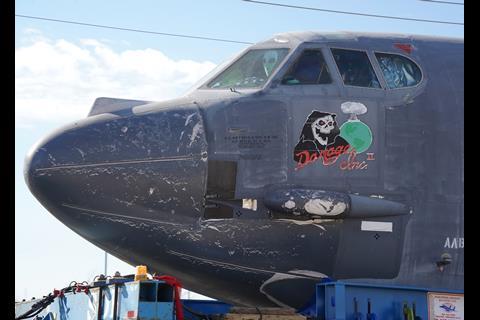 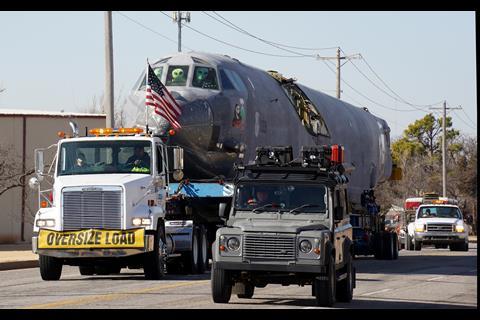 Prior to its one-month journey by road to Tinker, the aircraft had its wings and stabilisers removed.

The aircraft, dubbed ‘Damage Inc. II’, will be reassembled with its left wing. The right wing and horizontal stabiliser will be used for structural integrity research.

“This is a great opportunity to reduce risk to some of our development efforts and opens doors to bring other innovative capabilities to the fleet and keep this platform flying into 2050.”

While the USAF has funded the effort, Boeing is providing infrastructure to house the retired jet and allow for development and testing activities.

“As new technologies develop, we can use this mock-up to help speed integration and get capability to the field faster,” says Ruscetta.

Cirium fleets data indicates that 61-009 was delivered to the USAF in April 1962, and served for over four decades before being parked in September 2008.

The B-52 fleet is receiving several major upgrades, including the replacement of its eight Pratt & Whitney TF33-PW-103 turbofans with modern Rolls-Royce F130 engines. The type is also getting a new Raytheon active electronically scanned array radar, and a new Collins-supplied electrical system.