The UK Royal Navy (RN) has performed the first firing of its Thales Martlet air-to-surface missile against a “realistic target at sea”, as part of a bilateral exercise also involving the Royal Air Force (RAF) and US military. 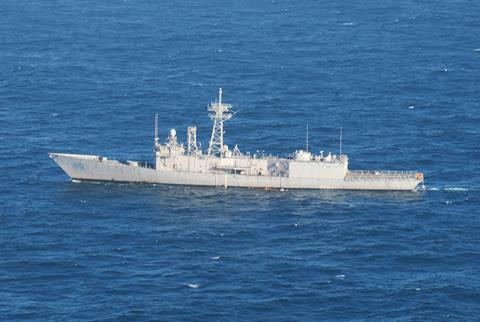 The RN says the multi-service exercise involved “a rare live test of complex weapons against a realistic target far out to sea… giving allies real-world experience of hitting targets from long range”.

“This was the first firing of the Fleet Air Arm’s new anti-ship weapon against a realistic target at sea – to this point Martlet had only been used against purpose-built targets,” the RN notes. 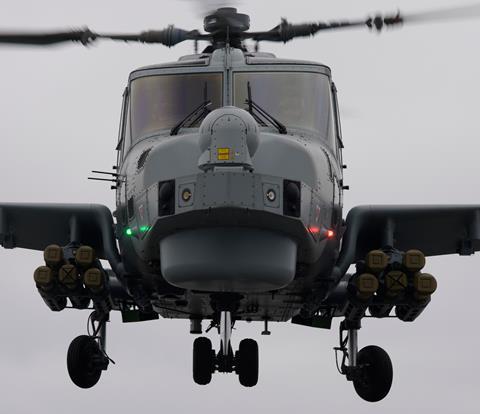 The laser-guided Martlet has a launch weight of 13kg (29lb) and a reported effective range of 3-5nm (6-9km), with a top speed of Mach 1.5. Equipped with a Leonardo-developed weapon wing, the Wildcat can carry up to 20 of the missiles, using four five-round launchers.

“The Wildcat’s crew stayed airborne and used the on-board laser-targeting pod to guide in a [Eurofighter] Typhoon from 41 Squadron to launch [Raytheon UK] Paveway IV precision-guided munitions against the target,” the RN says. “This was the first time an RAF Typhoon had dropped live ordnance onto a warship used as a maritime target, and the first time a Royal Navy helicopter had guided the Paveway IV on to its bullseye,” it adds.

“The integration of high-end weapons, sensors and communications with our NATO allies is key to the collective war fighting capability of the Alliance demonstrated by the sinking exercise,” notes Commander Ed Moss-Ward, commanding officer of HMS Westminster.