The FOC milestone was announced by defence minister Ng Eng Hen at a local air base on 20 April. 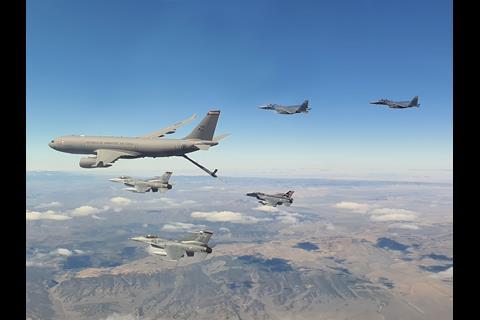 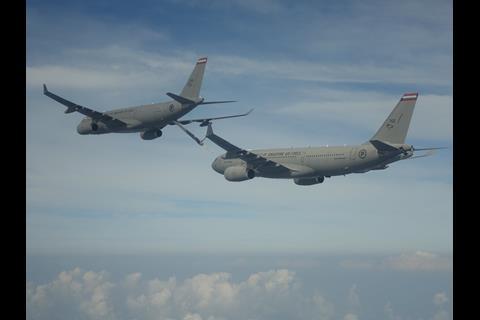 Unlike the KC-135R, the A330 MRTT can receive fuel from another tanker 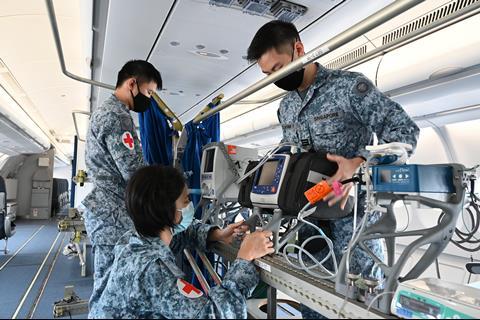 Singapore aircrew reconfiguring an MRTT cabin for an aeromedical mission 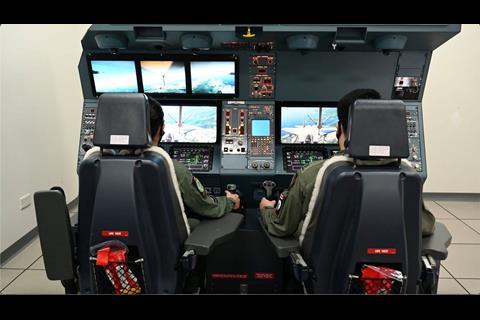 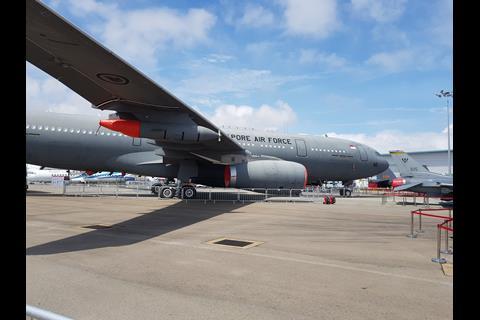 The MRTT has been in service with the RSAF since the first aircraft was delivered in August 2018. Cirium fleets data indicates that it has six in-service examples, all powered by Rolls-Royce Trent 700 engines.

According to Ng, the type’s induction was not without its troubles. He notes that Singapore’s Defence Science & Technology Agency (DSTA) was instrumental in fixing an issue with the tanker’s air-to-air refuelling boom.

“[The DSTA’s] expertise and persistence enabled operational and technical problems to be addressed, such as the air-to-air refuelling boom not performing up to the manufacturer’s standards during flight trials,” says Ng.

“DSTA engineers worked with the original equipment manufacturer to resolve the problem and their proposed modifications are now being assessed and promulgated across the global fleet of MRTTs. This is quite an achievement and is the fruit of consistent and effective tech integration by our engineers working alongside our servicemen.”

Ng also listed a number of improvements the MRTT offers over the RSAF’s former fleet of Boeing KC-135Rs, all of which have been retired. The MRTT can carry twice the cargo, over five times as many passengers, and is better able to support aeromedical evacuation missions.

Another benefit is the MRTT’s ability to perform tanker-to-tanker refuelling.

“For our fighter aircraft, the MRTT provides the capacity to reach faraway parts of the globe and correspondingly, assurance that we would be able to recover our assets from anywhere in the world, where the situation warrants,” he adds. “That is a real source of assurance.”

At the Singapore Airshow in February 2020, Singapore and Airbus announced that they would collaborate on the development, certification and implementation of an automatic aerial refueling capability for the MRTT.

The A330 MRTT has enjoyed significant success in the Asia-Pacific region. In addition to Singapore, it is also operated by Australia and South Korea. It is also a candidate for India’s on-again, off-again tanker requirement.