Spain is considering the acquisition of Sikorsky MH-60R anti-submarine warfare (ASW) helicopters for its navy due to delays in buying NH Industries NH90s for the mission.

Speaking on an 18 June webinar organised by state-owned shipbuilder Navantia, Admiral Teodoro Lopez Calderon, Spanish chief of the naval staff, described the possible purchase of the US-built rotorcraft as an “intermediate solution”. 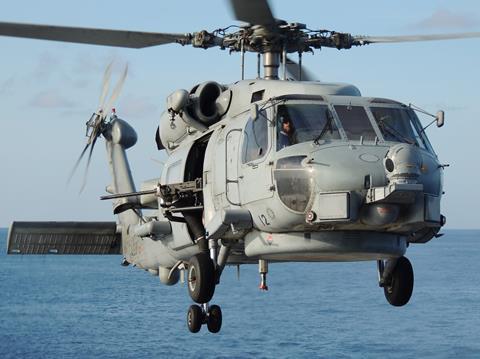 Spain’s navy operates 12 ASW-roled SH-60B Seahawks with an average age of 24 years, plus three F-model examples, which are an average of 19 years old.

Calderon says that the current helicopters are “at the end of their useful lives”, but with successive financial crises hitting the Mediterranean country over the past decade, their replacement is “around eight years late”.

On that basis, no new NH90s would be available for the ASW mission until around 2035, he says, which would mean “15 years without” the capability.

As a result, Madrid “has no choice but to find an intermediate solution” to the problem, “which we think can be the MH-60R”.

Documentation covering the potential purchase has been drawn up and is in the hands of the defence ministry, says Calderon. However, he does not detail whether these would be second-hand units from the US Navy, or new-build examples acquired via Washington’s Foreign Military Sales mechanism. 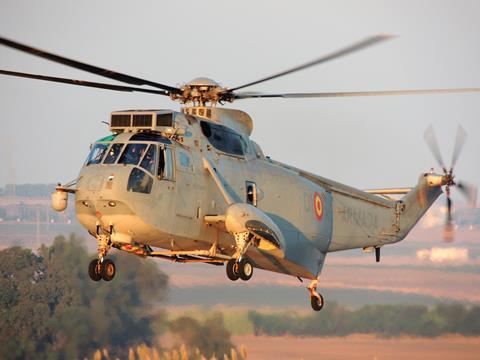 Spain’s army already operates the NH90 for troop transport missions from an initial order for 22 helicopters. That was bolstered in 2019 by a further 23-unit commitment, worth €1.38 billion ($1.55 billion), of which the navy is to receive seven utility-roled examples to replace its aged Sikorsky H-3 Sea Kings.

Deliveries are set to run from 2023 until 2029, says Calderon, although he hints that the navy may seek to expand its inventory to an eventual 13 NH90s, “which would solve the transport helicopter question”.

Additionally, Calderon notes that the service will soon have to look for a replacement for its 11 Boeing AV-8B Harriers, which will be taken out of service in the 2027-2030 timeframe.

However, he acknowledges the limited options available, pointing out that if the navy wants to maintain a vertical take-off and landing capability, only the B-model variant of the Lockheed Martin F-35 can meet that criteria. “We don’t have much to think about,” he says. 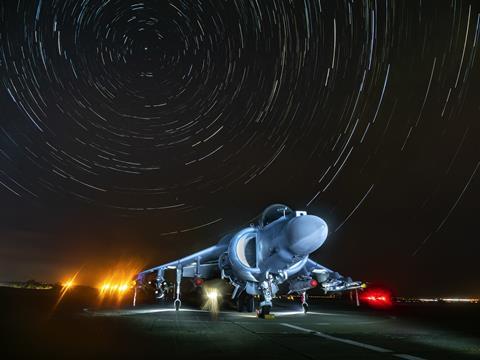