A Sukhoi Su-57 stealth fighter crashed on 24 December during a test flight, with the pilot ejecting safely. 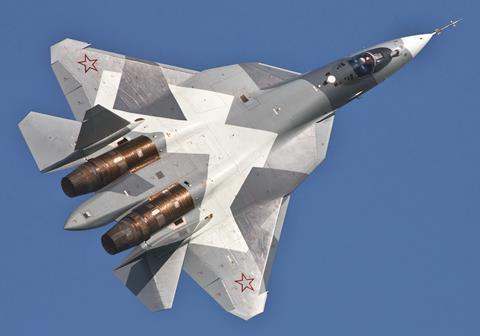 An investigation will be setup to look into the crash, according to the official Tass news agency, citing an unnamed source.

Subsequent reporting by Tass suggests issues with the fighter’s “control system” and that the jet spiralled downwards from an altitude of 26,000ft.

“The Su-57 was performing a test flight at the altitude of 8,000 meters,” Tass quoted a source as saying. “After the control system had failed, the fighter jet spontaneously entered a downward spiral and started descending and then crashing…At a critical altitude of 2,000 meters the pilot decided to eject.”

This is the first known loss of the type, which is on the verge of entering service with the Russian air force.

In July Sukhoi commenced serial production of the Su-57.