Taiwan has commissioned its first batch of upgraded Lockheed Martin F-16V fighters, as it continues to upgrade the balance of its fleet.

The 18 November commissioning of the upgraded jets took place at Taiwan’s Chiayi air base, according to Taiwan’s Central News Agency (CNA). 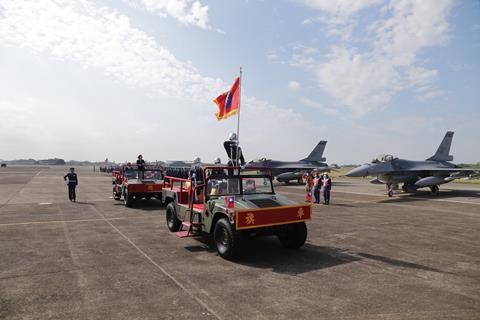 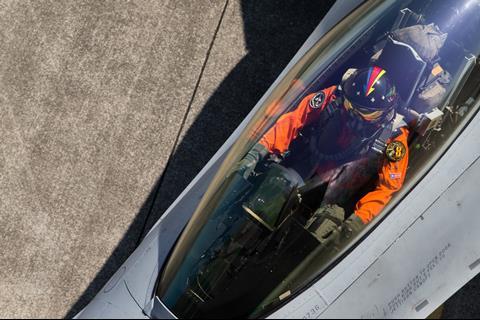 The upgrade features improvements to the fighter's cockpit 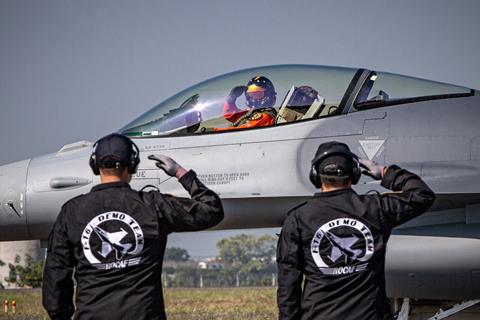 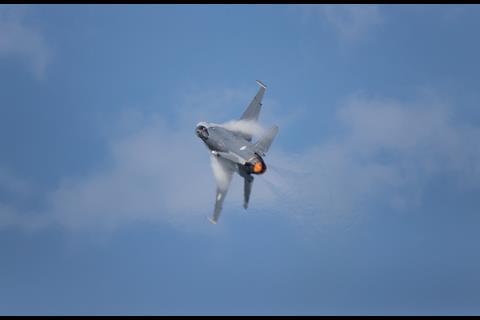 One of the upgraded fighters performing a flying display

The country’s president, Tsai Ing-wen, attended the commissioning event, and said the effort is a testament to Taiwan’s close partnership with the USA.

CNA reports that the ceremony featured a solo performance by an F-16V, as well as an overflight by 15 jets.

So far, 64 of 141 F-16A/Bs have been upgraded to the new standard. Local airframer AIDC is performing the work with assistance from Lockheed.

In addition, Taiwan has orders for 66 new F-16Vs stemming from a 2019 Foreign Military Sales deal with the US government. Deliveries from this order will run from 2023-2026.

On the day of the F-16V commissioning, Beijing flew three aircraft into the ADIZ: a Xian Y-8 reconnaissance aircraft, a Shaanxi KJ-500 airborne early warning and control aircraft, and a Shaanxi Y-9 electronic warfare aircraft.