The Turkish air force has received its first Boeing KC-135R tanker with major upgrades to its flightdeck. 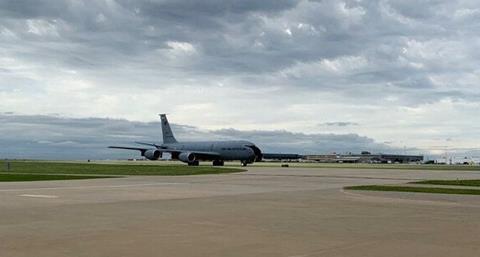 The work involves replacing 63 parts, including analogue instruments that are either hard to maintain or obsolete. The second of seven Turkish KC-135Rs is now undergoing the upgrade, with the entire fleet to be updated by “no later than 2023”.

The Life Cycle Management Center led the work, which was conducted at Field Aerospace in Oklahoma City, Oklahoma.

“Block 45 makes it so much easier for pilots to operate the aircraft and notice malfunctions faster. It also helps with sustainment of the aircraft in the long run.”

“Taking out old antiquated gauges and systems and bringing them up to date [with Block 45] has saved us thousands of [maintenance] hours a year,” he says.

Cirium fleets data indicates that the KC-135 is still used by four air forces, with 417 examples in services.

The biggest user is the USAF, with 396, followed by France with 11, Turkey with seven, and Chile with three. The average age of the global fleet is 60 years.