US Marine F-35Bs to operate flights from Japanese carrier

The Japanese Maritime Self Defense-Force plans to have US Marine Corps F-35B fighters conduct drills from the JS Izumo, a so-called ‘helicopter destroyer’, that has been updated to allow the operation of short take-off and vertical landing (STOVL) aircraft.

The drills will be conducted before the end of 2021, according to a report by the Yomiuri Shimbun, quoting sources. 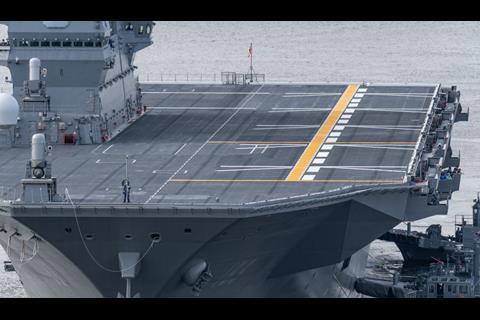 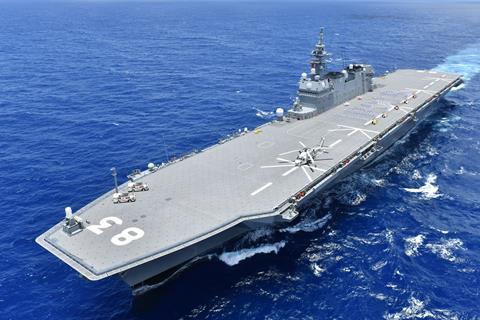 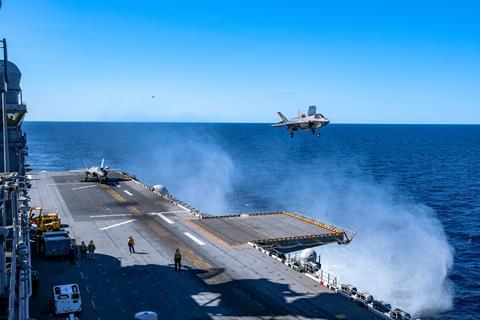 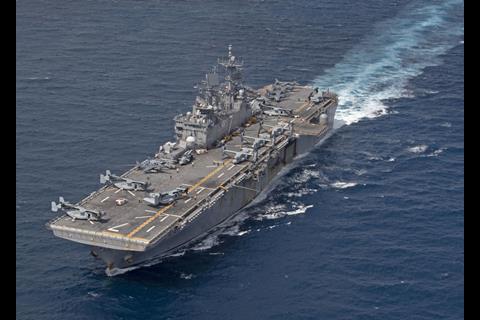 The USS Tripoli with her complement of F-35Bs and V-22 Ospreys.

In late June, Japanese Twitter user @Alsace_class tweeted an image of the updated Izumo. The vessel’s flight deck is understood to have received a new deck coating to accommodate jet exhaust.

A thick yellow line that runs nearly the full length of the flight deck has also been added. On US Navy amphibious assault ships, which operate the STOVL-capable F-35B and Boeing AV-8B Harrier II, this line serves as the centreline for short, rolling take-offs. It is also a visual guide for vertical landings.

As with American amphibious assault ships, the Izumo does not have a ski-ramp to assist launches.

The Yomiuri story indicates that operations with US F-35Bs will help access the new flight deck. When Japan commences F-35B operations, Japanese crews will also train to operate from US vessels.

Tokyo has plans to operate 42 F-35Bs. Reports suggest that the Izumo and Kaga will embark 10 fighters. Japan Ground Self-Defense Force Bell Boeing MV-22 Ospreys, of which Japan will obtain 19, will also operate from the vessels.

The ships feature two large elevators leading to a spacious hangar deck. Tokyo’s pacifist constitution precludes the acquisition of aircraft carriers, however, resulting in the linguistic gymnastics required for the “helicopter destroyer” designation.

During her deployment to the region, the task force will operate alongside the vessels of allied nations, including Japan.