German asset manager Dr Peters is in talks with British Airways and other prospects on the potential sale of A380s as it prepares to receive four of the jets back from lessee Singapore Airlines.

"We are in discussion with a number of potential buyers, including British Airways and a number of other European flag carriers as well as Asian low-cost airlines," Anselm Gehling, Dr Peters' chief executive, tells FlightGlobal. 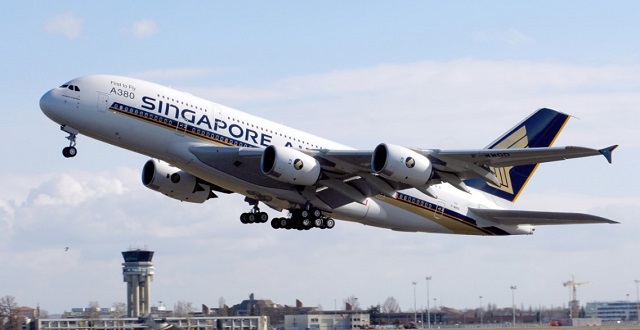 SIA is returning four of its early A380s to lessors

"A number of freight companies are also showing interest for freighter conversion, including one of the world's largest cargo shippers. Hi Fly is also welcome to have discussions with us after they announced they wanted A380s earlier this year, which at the time some thought would be our aircraft," he adds.

At an Airline Economics Growth Frontiers conference in January 2016, IAG's chief executive Willie Walsh raised the prospect of group subsidiary BA adding "five or six" second-hand Airbus A380s to its delivered-new fleet of the double-deck aircraft, which is now 12-strong. Walsh described the A380 as a "fantastic" but "inflexible" aircraft.

Additionally, Gehling is calling on Airbus to commit to producing the A380 in order to ensure its future both as a new and used aircraft asset.

"Interestingly, I see Emirates have chosen to order Dreamliners at the Dubai air show. I recall Tim Clark [the airline's president] said that Emirates wanted to order more A380s, but that he needed Airbus to commit to producing the product in the future.

"Well, I echo his words and think Airbus need to commit to producing it for another 10 to 15 years at least, to ensure not only new orders but a secondary market for this aircraft. Many experts of the aviation industry think pressure needs to be put on them to do make this commitment soon."

Tarbes-Lourdes airport recently received the first Dr Peters A380, which is being placed in storage following its withdrawal from SIA's fleet.

As an interim solution until a buyer is found, Rolls-Royce is paying Dr Peters a fee for the use of the engines, Gehling says.

"We expect this arrangement can be rolled out for the other three SIA A380s we have under management. When we find a buyer, the aircraft will go through a shop maintenance visit and have fully updated engines attached for the new user," he says.

Gehling says Dr Peters would ideally look to sell all four A380s as a package, but would also consider selling to two buyers. He stresses that Dr Peters is focused on finding the best deal for the aircraft: "What is more important is that we get the right deal, so while we may conclude a deal by mid-2018 at the earliest, I don't mind if we wait a few more months to get the best deal."

Dr Peters is also still considering part-out as an option for the returning A380s, as previously reported by FlightGlobal.

"Part-out is still a serious option we are considering. It would be sad for the aircraft, and the manufacturer I think, if this was the case, but of course we must consider it," Gehling adds.

Air France is leasing five, while the remainder are on lease to SIA.