Airbus is to adopt the distinctive black cockpit ‘mask’ design on its re-engined A330neo, following its introduction on the A350.

The airframer retained on production A350s the characteristic design which emerged in early artistic renditions of the type.

Ahead of the Dubai air show, Airbus said its new A330neo, like the A350, will be part of its future long-range family and, as such, will have the same external cockpit appearance. 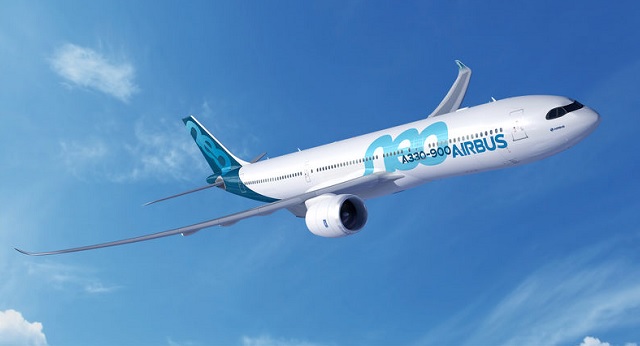 A330 programme head Eric Zanin says the decision was “only natural” given that the two types will complement one another.

The A330neo will be powered by Rolls-Royce Trent 7000 engines and is scheduled to enter service in the fourth quarter of 2017.

See all the latest news, views and analysis from the Dubai air show.