ATR foresees increasing demand for in-flight streaming on its turboprops, more than a year after it launched its Cabinstream in-flight entertainment system.

ATR foresees increasing demand for in-flight streaming on its turboprops, more than a year after it launched its Cabinstream in-flight entertainment system.

The airframer’s head of airline and product marketing, Tarek Ben Omrane, tells FlightGlobal the company is already in discussions “with at least five customers” about the IFE system. 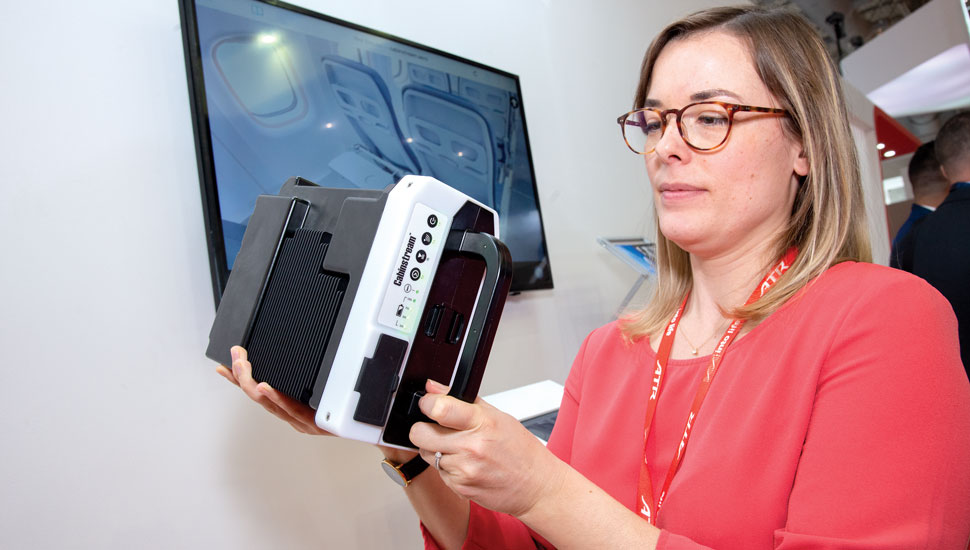 The equipment, supplied by New Zealand-based IFE specialist Phitek in partnership with ATR, was launched at the Aircraft Interiors Expo in Hamburg in 2018, with African regional operator Afrijet the launch customer then.

The portable equipment, which weights 5kg (11lb), was on display at the show, and Omrane says there is strong interest generally among regional airlines for streaming and/or wi-fi options.He adds that the equipment was a "light and efficient tool for airlines" to have in-flight entertainment on their regional flights, which avearge about 1h in length.

Also on display was ATR’s route creation tool, which is used as part of its sales and marketing efforts to airlines. The tool combines socio-economic, transport and schedules data to piece together possible new regional routes for its airline customers.

ATR is making a push for regional aviation in the Middle East at Dubai. There have been no orders announced yet from the turboprop manufacturer.

Cirium fleets data indicates there are 25 ATRs in operation in the Middle East: one ATR 42, and 24 ATR 72s. There are also orders for seven ATR 72s.