Boeing has used the Dubai air show to formally launch an offer to supply customers unable to afford its 737-based P-8 surveillance aircraft with a modified Bombardier Challenger 605 business jet instead.

Also involving modification specialist Field Aviation, the Boeing-led programme will be ready to deliver a 605-derived maritime surveillance aircraft (MSA) from 2015. Field is currently adapting a Boeing-owned 604-model aircraft as a demonstrator, with this to be flown in early 2014 and to be made swiftly available to support customer evaluations. 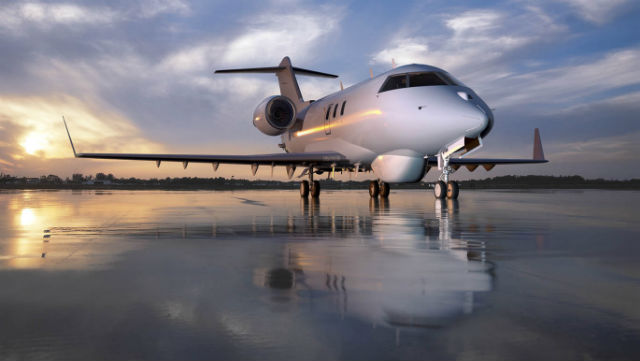 “The MSA brings to the global market a cost-effective solution based on P-8 technology, with the 605’s unique performance of speed, payload and endurance,” says Tim Peters, Boeing Defense, Space & Security’s vice-president for mobility, surveillance and engagement.

Boeing will supply the platform’s mission system equipment, with the 605 to be flown with two operators positioned at consoles inside its cabin. Potential buyers will be offered a wide range of payload options, says Peters, with the demonstrator to fly with a Selex ES Seaspray 7300 maritime surveillance radar and a FLIR Systems Star Safire 380 electro-optical/infrared sensor.

“We’re well under way with modifying the demonstrator, and will fly in the new year,” says Field chief executive Daniel Magarian. The adapted 605 will have a flight endurance of 9h, and a range of 2,500nm (4,630km), he adds.

“We think a customer base exists worldwide for an aircraft with the capabilities of the 605 and the P-8 mission system,” Peters says. Other roles for the type could include border surveillance, search and rescue support, exclusive economic zone protection and anti-piracy tasks, he adds. “We’re talking to a number of different customers,” he adds, mentioning potential buyers in the Middle East and Asian regions.

Noting that more than 40 Bombardier aircraft, including Challengers, have previously been modified for intelligence, surveillance and reconnaissance applications for multiple users, Bombardier’s president, customer services and specialised aircraft Eric Martel comments: “We see a lot of potential for this programme.”