Emirates Airline believes that its input in shaping the Boeing 777X, far from ‘Emiratising’ the twinjet, will turn it into a best-selling platform.

President Tim Clark believes the carrier’s previous influence on the evolution of the 777-300 into the longer-range 777-300ER created an aircraft that attracted strong interest from other customers.

He says that the 777X, similarly, is not emerging as an aircraft tailored to the needs of the Gulf. “We think it’s been built for the industry,” he says. “It’ll sell like hot cakes.”

Emirates has been engaged with the programme for about four years, after seeking a replacement for the 777-300ER that would operate to 8,000nm with a 50t payload, and use technology from the 787 programme. 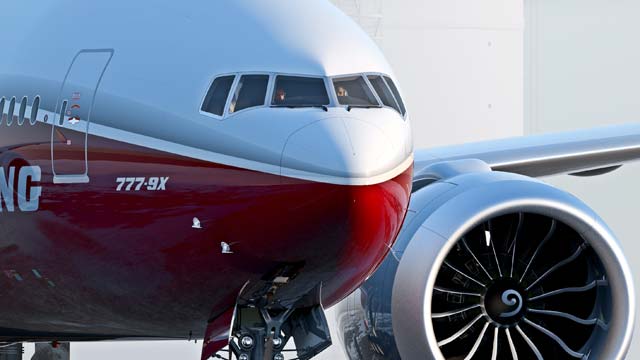 The 777X went through “a number of iterations”, says Clark, the wing “gradually got bigger and bigger” but the combination of improved lift-to-drag from the composite wing, the interior changes and the General Electric GE9X economics have resulted in an impressive jet.

GE’s original plan for a water-injection system for engine cooling, to ensure the Dubai summer temperatures did not restrict operations, was “the last bit of the jigsaw”, says Clark. But he says GE “felt uncomfortable” and opted instead for a higher-thrust powerplant of 105,000lb.

While this results in additional weight and drag, and a slight fuel-burn increase, he adds, the consequences are minimal.

Emirates is ordering up to 200 777Xs and Qatar Airways has signed for 50. Clark says Emirates’ involvement in the 777X programme was noted by Qatar, itself a 777-300ER operator, and that its chief, Akbar Al Baker, allowed Emirates to represent Qatar’s interests in the 777X.

“The commercial terms are not similar,” says Clark. “But [Al Baker] was satisfied that, if it was good for us, it would be good for him.”

But he says the Airbus A380s that the carrier has on order will be able to “fill the hole” as early 777s leave the fleet. Emirates still has 101 A380s on order.