DUBAI: Leonardo goes on the attack with M-346FA

Leonardo is showing off the new fighter attack variant of its M-346 jet trainer for the first time at the Dubai air show.

Designated the M-346FA, the aircraft features seven hardpoints for weapons and a Grifo fire control radar. It is designed to operate as a multimission tactical strike and reconnaissance aircraft. 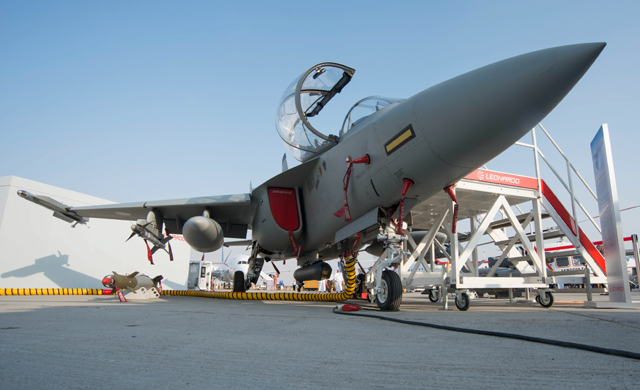 It can carry a range of precision-guided bombs, as well as AIM-9L air-to-air missiles, external fuel tanks and an external gun.

Leonardo says the M-346’s characteristics lend well to being used for ground attack, at costs far lower than modern fighter aircraft. It adds that it has received interest in the new variant from several nations.