Lockheed Martin still has hopes of seeing the United Arab Emirates replace its current fleet of C-130H Hercules and L-100 transports with new-generation C-130Js, although a company official confirms that no recent talks have taken place.

“We were in discussions with the UAE some years ago on C-130Js, and we would love to re-engage with them,” says Steve Pigott, Lockheed Martin Aeronautics’ business development director for international air mobility programmes. “We’re ready to talk,” he adds.

Lockheed – which in 2009 appeared to have been selected to supply 12 stretched-fuselage C-130J-30s to the UAE – took the unusual step of exhibiting a stand model of one of its in-service aircraft at the Dubai air show. 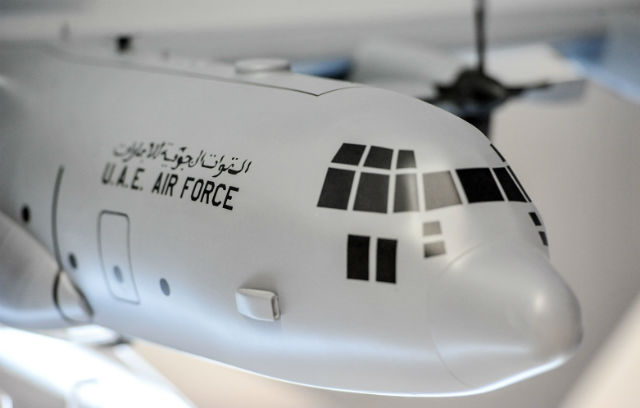 The UAE’s military airlift inventory includes four H-model Hercules and four commercial-standard L-100s, which Flightglobal’s Ascend Online Fleets database records as having entered use between 1976 and 1985. Recent additions to the service have included six Boeing C-17 (below) strategic transports and three Airbus A330-based multi-role tanker/transports, examples of which were on static display during the 17-21 November show. 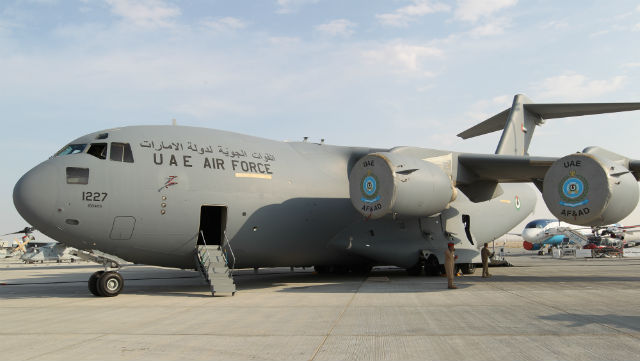 Lockheed has settled at an annual production rate of 24 C-130Js, says Pigott, who describes activities at its Marietta line in Georgia as “very healthy right now”, with examples now in build for five countries. To date, 16 nations have ordered the latest version of the Hercules; an airframe design first flown in 1956, and a global fleet of almost 300 examples has now logged more than a combined one million flying hours.

“Honestly, I don’t see an end for it,” he says. “The basic design of the Hercules is just flawless for what it is designed to do.”