Raytheon is promoting its developmental Pyros small tactical munition at the Dubai for the first time.

The 12-pound precision munition is optimised for use aboard small tactical UAVs. It’s 5-pound blast fragmentation warhead is optimised for destroying small targets, such as a car or small group of insurgents, says Raytheon executive James J.R. Smith.

The company has been promoting the system, type to the US defence department, and is conducting trials with the US army and US navy.

The system can be guided to the target by pre-programmed global positioning (GPS) coordinates, or by a laser. Dropped from 10,000 feet, Pyros takes approximately 35-40 seconds to reach the target, which can be re-designated, if necessary, when the weapon is flight. 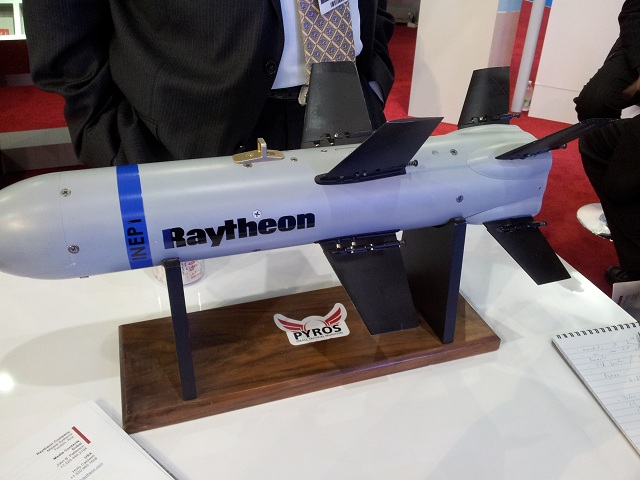