Outfitted with multi-spectral sensors, full-motion video cameras and targeting pods, those platforms have proved popular with Middle East customers. The US Air Force has also proved their value in combat operations in Afghanistan and Iraq through the successful MC-12W Liberty programme.

“We’re not seeing the rise of UAVs affecting the demand for manned [intelligence, surveillance and reconnaissance] aircraft,” says Steve Otto, Textron Aviation’s director of special mission aircraft sales. “We still see there’s a very strong place for our aircraft, and to a great extent, the market is making that determination." 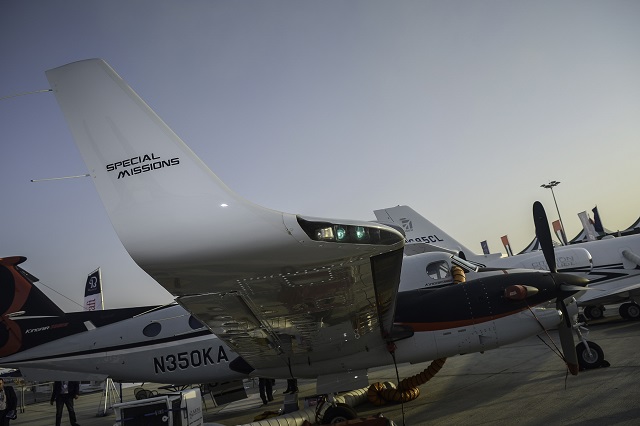 At the pre-air show Dubai International Air Chiefs Conference, defence officials expressed a strong desire for more airborne ISR assets - both manned and unmanned - mainly to support precision targeting in counter-insurgency operations in the region. Textron Aviation is hoping to capture some of that demand, and has both the King Air 350ER and Grand Caravan EX on static display in special-mission livery at the show.

“For the price, we offer excellent capabilities in terms on endurance and payload," Otto says. "I believe there’s a strong place for UAVs, and often times customers are choosing both.”

There are even discussions about more closely coupling UAVs with Beechcraft and Cessna platforms, perhaps through some type of manned-unmanned teaming as the US Army does with its Textron Systems RQ-7 Shadows and Boeing AH-64 Apaches.

Ali Al Ashban, Textron Aviation’s vice-president of sales for the Middle East, Africa and India, sees continue demand for both the Caravan and King Air for various military and non-military roles, such as government and business executive transport and medical evaluation. Both aircraft have well-established maintenance and logistics support in the region making them an easier sell to local customers, he adds. 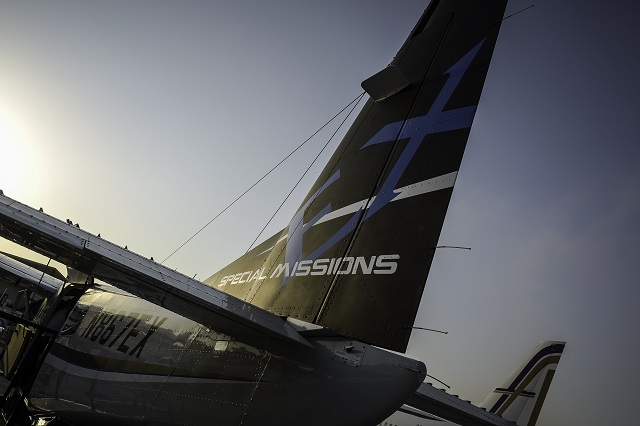