The Netherlands’ defence ministry has announced plans to order a first batch of eight operational Lockheed Martin F-35s, with the type to be delivered from 2019.

In an update published on 15 December, the defence ministry says it still plans to obtain a total of 37 F-35s, including five which will be employed as training assets. Initial operational capability with the Royal Netherlands Air Force is anticipated in 2021, with its planned full fleet to be available by 2024. The aircraft will be stationed at air bases in Leeuwarden and Volkel. 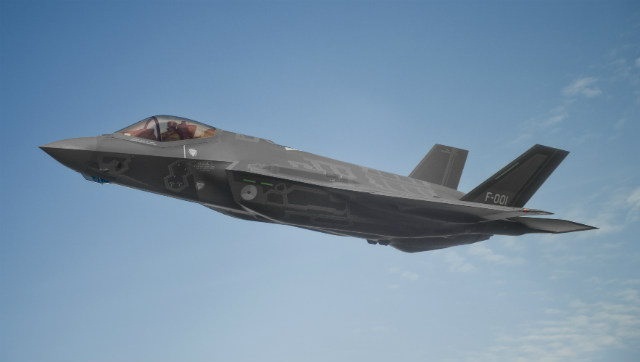 Lockheed has already delivered two conventional take-off and landing F-35As to the Netherlands in the USA, with the assets to be used during US-led initial operational test and evaluation of the Lightning II from 2015. According to its plan, the nation would receive eight aircraft per year between 2019 and 2022, with its final three examples to arrive in 2023.

The type’s introduction will coincide with a reduction in the nation's active fleet of Lockheed F-16s, from a current 61 examples to 45 in 2021 and 24 in 2023, before leaving use the following year.

Once at full strength, the Netherlands’ F-35 fleet will be sufficient for the nation to declare up to four of the type as available to support international operations with NATO. Its investment in the type is expected to total €4.6 billion ($5.8 billion), the defence ministry says.