The PW1500G inspections are purely preventative, and no problems have been found with PW1500Gs, Bombardier says.

"As a cautionary measure, operators are conducting planned preventive maintenance, such as borescope engine inspections, on aircraft equipped with the PW1500 engine," Bombardier tells FlightGlobal. "These inspections are being conducted on the PW1500 earlier than planned based on the learning from the PW1100."

"We have had no issue with the PW1500," Bombardier adds. "We are pleased with the CSeries entry-into-service experience and engine performance."

"In order to maintain the high performance of this engine, Pratt & Whitney has added a combustor lining inspection to its regular scheduled maintenance," the company says without elaborating about the checks. 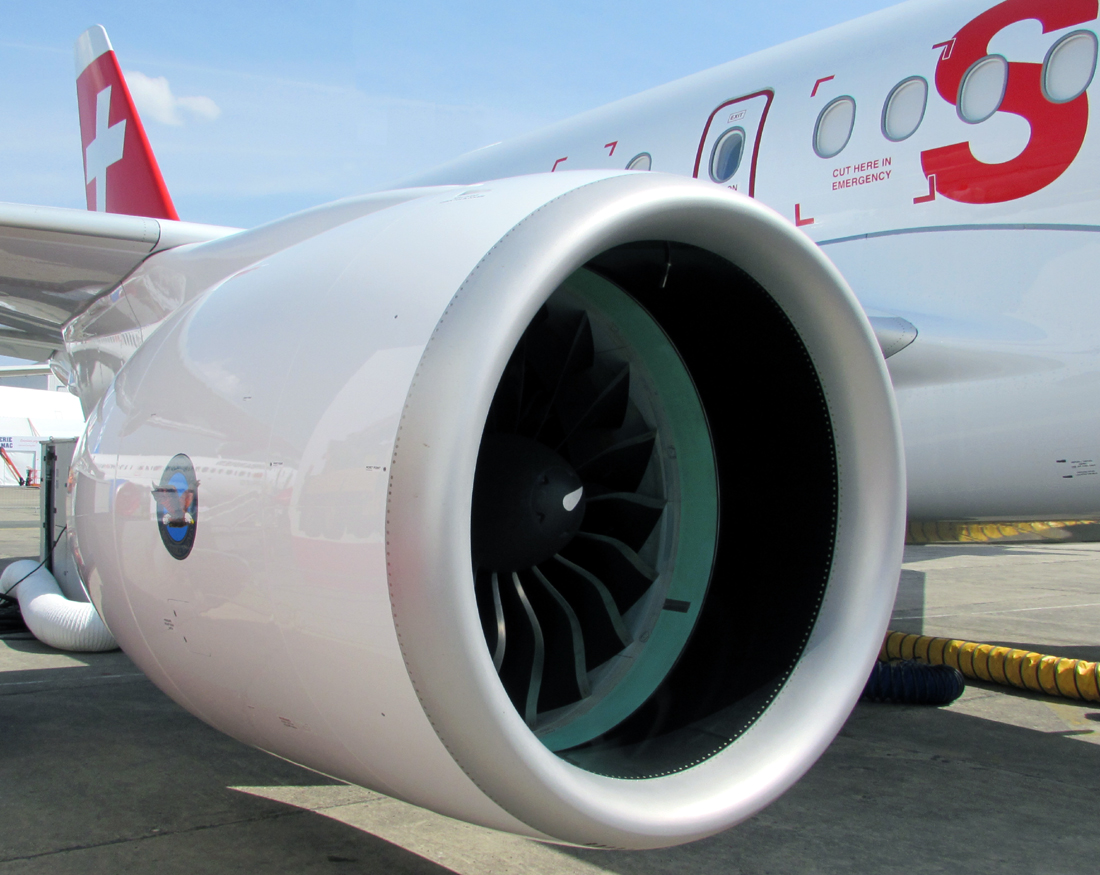 The inspections come as both Bombardier and P&W seek to smooth wrinkles that have delayed deliveries of their most-prominent products.

New issues with P&W's geared turbofans surfaced after the crew of a GoAir A320neo shut down a PW1100G in-flight on 8 February.

The engine had caught fire, which investigators traced to "rubbing and excessive friction" linked to bearings in rotating sections, according to French investigation agency BEA, citing information from Indian authorities.

One of those engines suffered a main gearbox failure, 28 had distressed carbon-air seals for the No. 3 bearings and 13 suffered degraded combustion chambers, according to the Indian agency.

DGCA responded to the in-flight shutdown by ordering Indian's two A320neo operators – GoAir and IndiGo – to inspect with borescopes all PW1100Gs with more than 1,000 flight hours, down from the 1,500h interval recommended by P&W.

Whether PW1100G in-service issues extend to PW1500Gs remains unclear, but Bombardier says no problems have surfaced.

"The PW1500 is a different configuration and no incidents related to the combustor issue have been reported on Bombardier aircraft," the company says, noting that normal new-engine preventative maintenance includes borescope inspections.

"The CSeries and engine combination was tested much more extensively than any of our competitors, and the result we see is a much more mature product in service," Bombardier adds.

P&W says the 1500G has a 99.9% reliability rate, calling the engine's entry into service "better than anticipated".

In addition to in-service issues, P&W has suffered GTF delivery delays, which in turn have slowed CSeries deliveries.

In 2016 the Connecticut-based engine maker planned to build 200 GTFs, but only manufactured 165 engines and delivered just 138 due to unexpectedly difficult production of several components, including the GTF's hybrid metallic fan blades.

Despite those struggles, P&W executives have said the company will meet a 350-400 engine target in 2017 thanks to new factories opening in Japan and Michigan, which are dedicated to delivering fan blades.

Executives in recent weeks have continued to say confidently that Bombardier will meet a goal of 30 to 35 CSeries deliveries in 2017.

The company, however, has delivered only three CSeries this year, meaning it must significantly accelerate its pace to meet the target.

Bombardier delivered its first CSeries of 2017 – a CS100 to Swiss – in early March, and by the end of March had delivered another CS100 to Swiss and a CS300 to Air Baltic, according to Flight Fleets Analyzer.