An all-electric or hybrid-engined aircraft capable of carrying the same number of passengers as a Boeing 737 is still decades away, the airframer believes, with smaller regional types arriving as a precursor only at some point in the 2030s.

Sean Newsum, Boeing’s director of environmental strategy, says that although the electric propulsion systems being developed for urban air mobility vehicles will offer a “technological bridge” to future aircraft, they will initially only be for “smaller, regional-type airplanes in the 2030s”. And scaling up that technology to power a “737-sized” aircraft, is “a long way off”, he says. 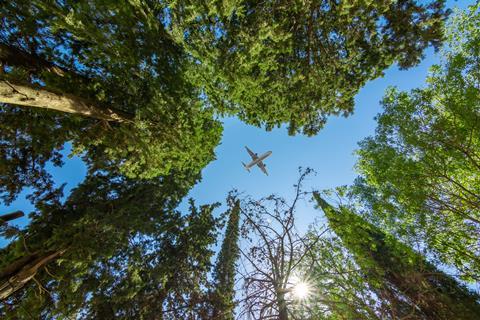 “Technological innovation can surprise you, but extrapolating today’s battery technology doesn’t get you there,” said Newsum, speaking at a London media briefing on 31 January.

Although other means of energy storage are being researched – direct air carbon capture and conversion into synthetic fuel, for example – there “is a ways to go before they are economically viable”, he says.

In addition, such advanced technology is not “backward compatible” and can only be used on future-generation aircraft designs, he adds. Therefore, it does not offer a short- or medium-term path to significantly reducing aviation emissions.

Hydrogen fuel cells suffer from a similar problem, Newsum says, plus a lack of distribution infrastructure to support their widespread use.

While declining to comment directly on other manufacturers who are aggressively pursuing all-electric designs, Newsum says that the constraints of physics means that compromises will inevitably have to be built in to the end product.

“They are not working with any technology that no-one else knows about,” he says.

Boeing believes a more effective means for the industry to achieve its environmental goals – notably a halving of net carbon emissions against 2008 levels by 2050 – is a wider uptake of sustainable aviation fuel.

Similarly, the uptake of new-generation aircraft will also help: Boeing’s new 777X promises a 13% improvement in specific fuel consumption over the current-generation 777-300ER, or a 33% improvement, on a per-seat basis, over the 747-400.

He also cautions against the implementation of additional environmental taxes on aviation, asserting that, unless linked to carbon offsetting initiatives, they do little to reduce emissions and can instead simply “de-democtratise” air travel.