Deliveries of CFM International Leap engines to Airbus and Boeing are still behind schedule and are unlikely to reach 1,200 units for the full year as supply chain problems continue to disrupt production.

Detailing the continuing delays on 28 October, Olivier Andries, chief executive of Safran – one half of the CFM joint venture alongside GE Aviation – told analysts that the lower than forecast output was impacting both airframers. 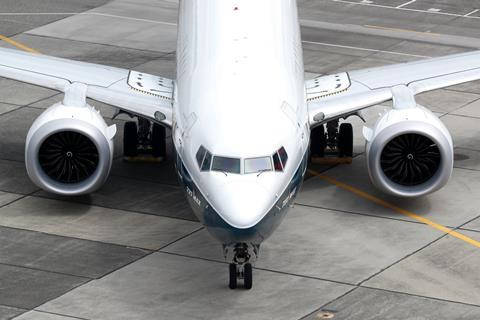 “We are late with Boeing as we are late with Airbus on deliveries,” he says. Leap-1As are an option on the Airbus A320neo family, while the -1B variant is the exclusive engine on the Boeing 737 Max.

Although Leap engine shipments rose to 347 in the quarter to end-September – up 56% on the previous three-month period – and to 812 for the first nine months of 2022, this remains lower than planned.

“As I said, the good news is that we have picked up Leap deliveries versus the second quarter, but it is not enough. We are not yet recovering our depth of delay.”

Andries says CFM has “stabilised” the duration of delays, but “we have not started yet the recovery”.

Issues with the supply of castings in the USA and certain electrical components are chiefly to blame for late engine deliveries, he says, problems that in his view “will remain up to the end of 2023”.

Leap shipments in the last three months of 2022 will be in line with the previous quarter, he says, meaning “we should expect to be below 1,200 deliveries” for the full year.

CFM is maintaining its target of handing over 2,000 Leap engines in 2023, something Andries describes as “a very strong, very significant step up” over 2022. However, he concedes “we have to recognise that it’s going to be a very challenging target.”

Negotiations continue with Boeing around the timing in 2023 of an increase of 737 Max deliveries to 38 aircraft per month, up from around 31 at present – albeit around eight to 10 units per month are being taken from the inventory accumulated during the type’s protracted grounding.

During its third-quarter results call earlier on 26 October, Boeing chief executive David Calhoun said that engines were the major pacing item for any future ramp-up.

Additionally, Andries says CFM will by year-end ship the first serial Leap-1C engines to Comac for the C919 narrowbody. Additional deliveries to the programme will follow in 2023, although he cautions it is “going to be ramping up slowly”.