The emergency airworthiness directive, issued by the FAA on 22 May, takes effect immediately. 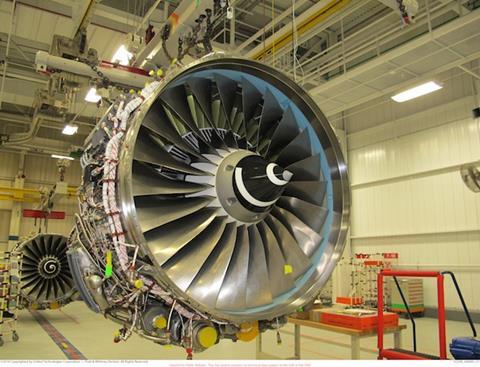 It follows a V2500 uncontained engine failure and applies to a subset of V2500s with specific first- and second-stage high-pressure turbine disks.

“This emergency AD was prompted by a review of investigative findings from an event involving an uncontained failure of a high-pressure turbine first-stage disk that resulted in high-energy debris penetrating the engine cowling,” the FAA’s order says.

It requires operators to perform ultrasonic inspections of affected first- and second-stage disks within 10 flight cycles. Disks that fail inspection must be replaced before further flight.

The inspections must be completed in accordance with previously issued IAE service bulletins.

The AD applies to engines with 15 serial numbers and does not specify how many US-operated aircraft are affected.

The order is among a string of recent directives issued by the FAA in relation to concerns about V2500 high-pressure turbine failures. Those include a March 2020 emergency AD and 21 January AD, both of which required airlines to remove certain high-pressure turbine first- and second-stage disks from service.

On that date, a Vietnam Airlines Airbus A321 powered by V2500s aborted take-off with apparent damage to one engine.

”International Aero Engines has provided customers with guidance regarding a part removal protocol related to the V2500 engine high-pressure turbine, which affects 15 engines,” says Pratt & Whitney, which co-owns IAE. “We are working closely with our customers to minimise disruption to their operations. The AD issued by the FAA aligns with this action.”

Story updated on 24 May to include comment from P&W.