GE Aviation remained in the black during the first quarter of 2021, earning a $641 million profit despite significant declines in revenue from engine services.

That figure is up 14% from last quarter, when the Ohio engine maker earned a $564 million profit, but down 36% from the GE Aviation’s $1 billion profit in the first quarter of 2020. 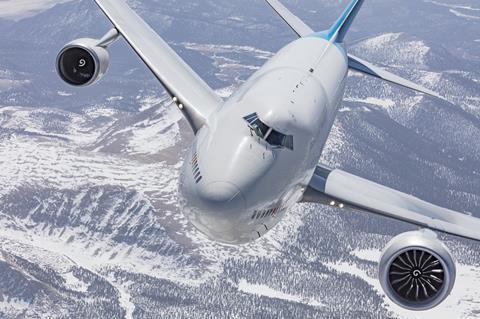 GE Aviation generated $5 billion in revenue during the first quarter, down 28% from the same period last year.

Revenue from sales of engines and related equipment slipped 22% year-on-year to $1.8 billion, while revenue from aviation services declined 31% to $3.1 billion, GE reports.

About 27% of jets equipped with engines made by GE and joint-venture partner CFM International are still parked due to the pandemic-induced downturn, GE says.