Pratt & Whitney is continuing to ready its geared turbofan (GTF) engine programme for the next wave of aircraft development, with Boeing’s proposed New Mid-market Airplane (NMA) the closest short-term opportunity.

Greg Hayes, chief executive of parent company United Technologies (UTC) told a 23 July second-quarter earnings call that the engine manufacturer is “prepared to invest in the NMA”, but also has “other programmes in the hopper”. 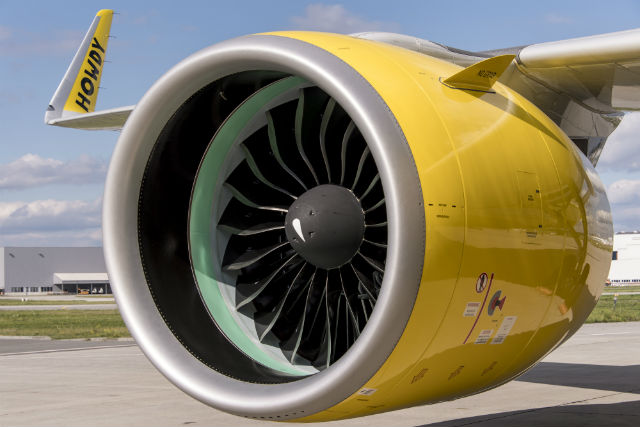 Identifying the GTF architecture as a “significant advantage”, Hayes says the engine maker will continue to devote engineering and development spending to the programme.

“I think we can put in an offer to Boeing, which we hope is compelling, but if that doesn’t happen we are going to continue to invest in the GTF technology so that we are ready for the next generation single-aisle, which we don’t really think will get launched until probably 2025,” he says.

The PW1100G variant of the GTF engine is already an option on the Airbus A320neo, with other models the sole powerplant offered on the A220 and Embraer E-Jet E2 series, among others.

But Hayes notes that it will “innovate” across the entire UTC aerospace portfolio – which includes Collins Aerospace – “to have the next generation of technology”, be that avionics or electrical power “ready when the aircraft manufacturers are ready”.

“I think Pratt Canada is a business we shouldn’t ignore when we talk about investments because that’s clearly a crown jewel… and that’s a business where we continue to refresh our product line and continue to make sure that we’ve the latest product available for our customers,” he says.

P&WC has long been rumoured to be working on a successor to its venerable PT6 turboprop engine to better compete against new-technology rivals such as the GE Aviation Catalyst, with speculation of a possible launch later this year.