Dave Holmes, manufacturing director at BAE, stresses that the objective of the exercise was not necessarily to produce the forward fuselage itself, but rather to generate data that will inform advanced production capabilities, which will involve a heavy reliance on robotics and additive manufacturing. 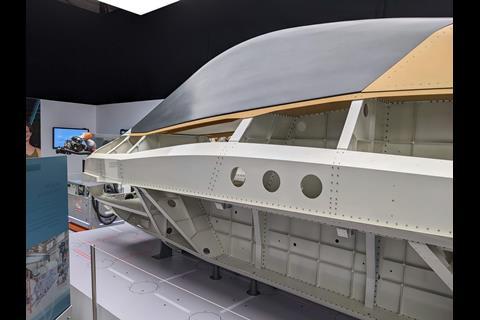 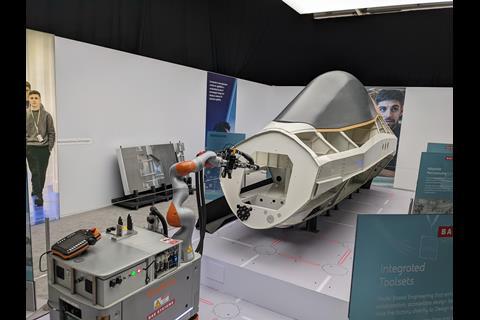 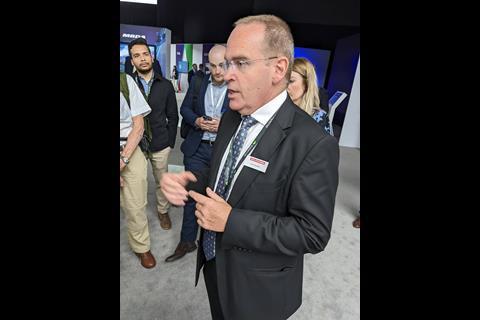 Advanced production capabilities will be essential to build Tempest efficiently and cost-effectively, and potentially avoid the schedule and cost challenges experienced by legacy aircraft programmes.

The forward fuselage section, which is on display in BAE’s pavilion at the Farnborough air show, was largely built by robots, and explores the use of new materials, as well as reducing waste in the manufacturing process.

“We initiated a project about two and a half years ago that was designed to look at whether we could produce a sixth-generation lookalike product,” says Holmes. “So we picked a forward fuselage because it is a complicated primary structure.”

The forward fuselage was produced at the company’s Warton facility in Lancashire. Holmes says that the company created a “collaboration space” and invited dozens of small and medium-sized companies, academics, and other contributors.

“We set down a bold ambition about what we wanted to do, and said everyone can bring their tech into that environment, and we’ll try to harness it, try to integrate it together, and see what the outcome would look like,” he says.