Martin-Baker is showing the KR18A ejection seat – the local designation for its Mk18 product – it has developed for the Korea Aerospace Industries KF-21 Boramae fighter, which is poised to make its maiden flight.

The seat, on display at the company’s stand at the Farnborough air show, is capable of safely ejecting a full range of pilot sizes, says Steve Roberts, head of business development at the UK firm. 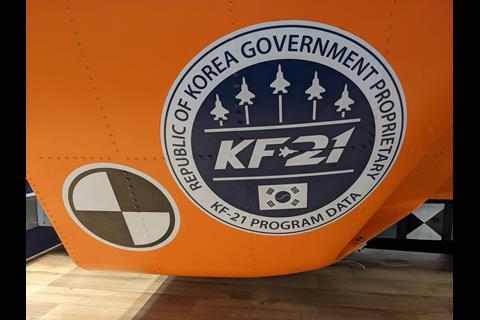 The KF-21 is South Korea's biggest aerospace programme to date 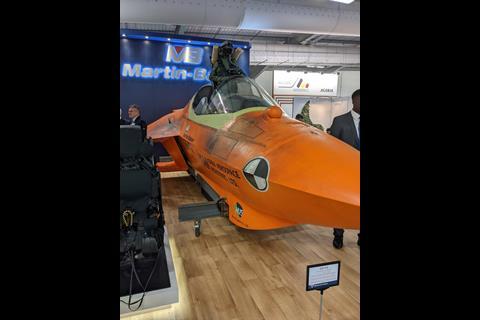 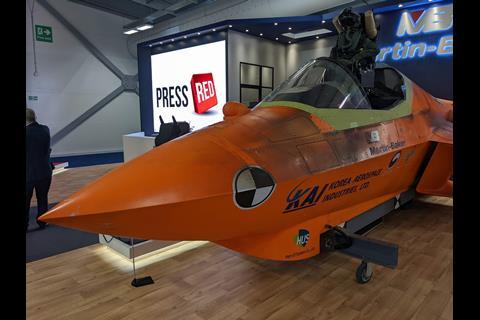 In addition to displaying the seat itself, the company has also brought the ‘forebody’ testing vehicle. The company has two KF-21 forebodies, representing the single- and twin-seat variants of the South Korean fighter. In addition to the ejection seat, Martin-Baker also provides the KF-21’s canopy ejection system.

Following precursor testing, the forebodies are used for a minimum of eight tests, ejecting dummies.

An engineer for three decades, Roberts describes the complex physics that the seat must deal with when activated by a pilot. “We try to minimise acceleration for the small occupant, and maximize velocity for the big guy,” says Roberts.

The KF-21 was recently spotted conducting taxi tests at Sacheon airport, which is adjacent to KAI’s production facility. The programme represents a significant opportunity for Martin Baker. KAI has said that 120 examples are likely to go to the Republic of Korea Air Force, and 50 to partner Indonesia.

KAI also wants to market the type twin-engined type on the international market.