BAE Systems has been awarded a new support deal for the Royal Air Force’s Eurofighter Typhoon fleet, that will for the first time allow cost savings achieved under the programme to be ploughed back into capability enhancement.

Announced at the Farnborough air show, the pact with the UK Ministry of Defence – called the 10-year Typhoon Total Availability Enterprise (TyTAN) agreement – is worth £2.1 billion ($2.8 billion) over the lifetime of the contract.

It aims to make savings of around one-third over current support and maintenance costs; of which over £500 million could be reinvested in further upgrading Typhoon’s capabilities, says the MoD.

As part of the arrangement, Italy's Leonardo, another partner in the Eurofighter consortium, has been enlisted under the Joint Avionics Solution (JAS) initiative, which will leverage a similar support package that it already provides for the Italian air force's Typhoons. Leonardo estimates it will be worth some €600 million ($666 million) to the company.

Separately, Leonardo has begun work on a potential upgrade to the identification friend or foe (IFF) system fitted to RAF Typhoons. This will study the feasibility of using an electronically scanned version of the current system, taking it to the Mode 5 standard. Initial flight tests using a new transponder will take place later this year, and will be followed by a further round of flights in 2017 to trial the rest of the updated equipment.

The enhancement will allow the system to better interact with the Euroradar Captor-E active electronically scanned array sensor currently being developed for the Typhoon. 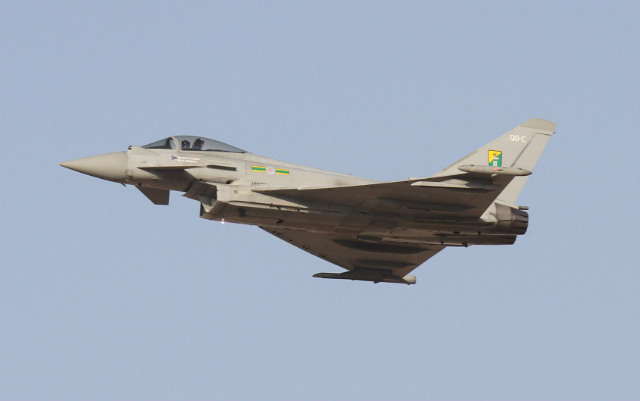