"A huge step." That was the verdict from the Eurofighter industrial consortium at the Farnborough air show on 10 July, the day after the confirmation of a four-nation agreement to proceed with a major package of enhancements.

Eurofighter last month issued a request for proposals on behalf of partner nations Germany, Italy, Spain and the UK to integrate an active electronically scanned array radar into the Typhoon, and will respond around October, says chief executive Enzo Casolini.

"The target is to have a contract by the middle of next year, for entry into service in 2015," says Casolini. "The nations are harmonising their requirements - we're more or less there." The Euroradar consortium will for now propose a system with a "simple swashplate" design for the array, which is expected to begin flight tests during 2013. Its response will also outline a proposed development path for the technology for the next decade, Eurofighter says.

Another key element of the programme will be introducing additional weapons, including MBDA's Meteor air-to-air missile. A Eurofighter test aircraft will fire its first of the beyond visual-range weapons late this year, according to BAE Systems chief test pilot Mark Bowman.

Casolini describes the four-nation support for future enhancements to the Typhoon as "fundamental in order to sell the aircraft abroad." The type is being offered to nations including Malaysia, Oman, South Korea and the United Arab Emirates, while Eurofighter is also continuing to watch the situation in India, which last year selected the Dassault Rafale. 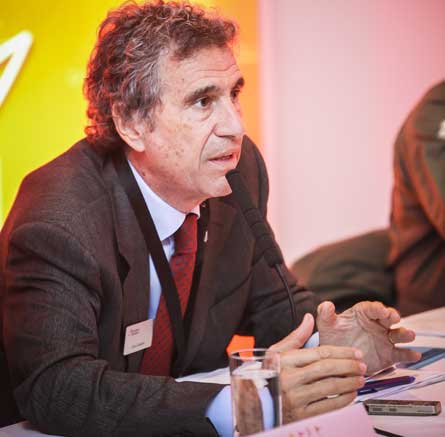