Both services are heavily committed to operations over Iraq and Syria to counter Islamic State militants in addition to providing quick reaction alert cover for their home nations. The French air force is also involved in combat activities in Mali and neighbouring nations.

Referring to the workload, French commander Général de Brigade Aérienne Gilles Perrone notes: “Our operational tempo right now is high, but we still have to prepare for the future, however difficult it is.” 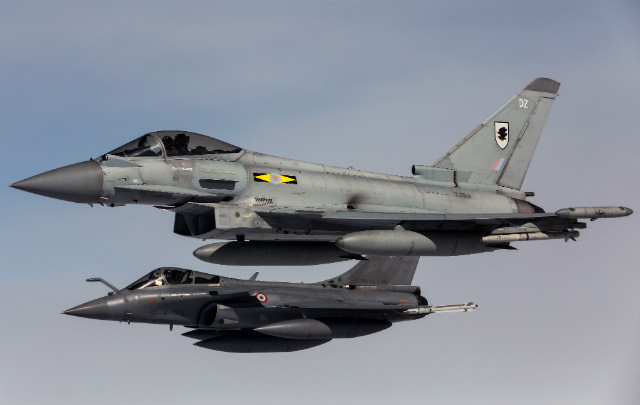 To accommodate the visiting Rafales and Typhoons, the 135 (Composite) Expeditionary Air Wing (EAW) established its headquarters in a deployable rapid assembly shelter. Formed in 2012, the 135 EAW was previously deployed to Estonia in 2014-2015, with 6 Sqn Typhoons during a period of Baltic Air Policing duties.

“It is really important we train together, as we tend to fly together, just as we are now over Iraq/Syria and as we did over Libya,” says 135 EAW commander and RAF Leeming station commander Grp Capt Dave Bradshaw. 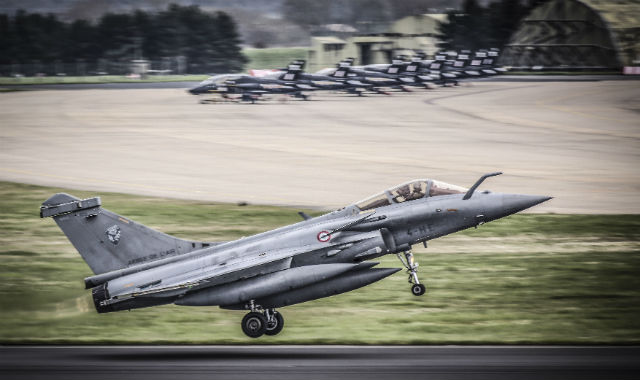 The RAF provided Boeing E-3D Sentrys from its Waddington base for command and control, also ensuring that supporting intelligence, surveillance and reconnaissance aircraft and transports were protected from potential "threats".

Following the conclusion of the Griffin Strike manoeuvres, on 22 April the CJEF will ultimately be available for rapid deployment for bilateral operations, or if called on to support other NATO, UN or coalition tasks.